MALAWI staff at the Zimbabwean embassy in Lilongwe have approached their government seeking the intervention of that countryâ€™s foreign affairs department in dispute over salaries among other abuses. 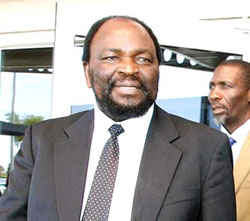 A list of grievances submitted to the Malawian government accuses Zimbabwean diplomats of abuses including non-payment of salaries.

A spokesperson from the Malawian foreign affairs department, Rejoice Shumba, confirmed that a list of grievances had been submitted by the embassy staff. She, however, said embassies had their standing labour laws which would make it difficult for the Malawian government to intervene.

According to reports, workers at the Zimbabwean embassy said they had not been paid since December 2015 and they feared that they were going to be fired for demanding their dues.

Zimbabweâ€™s ambassador to Malawi, refused to comment on the matter according to the Nyasa Times.

The Zimbabwean government has struggled in the last five years to pay diplomats and to pay rent with some foreign missions reportedly being served with eviction notices.