MDC-T president Morgan Tsvangirai said he has no intentions of persecuting gays and lesbians should be become the countryâ€™s president one day. 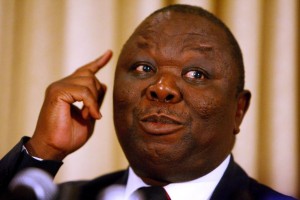 No vendetta against gays … Morgan Tsvangirai

Tsvangirai told journalists during a discussion at the Bulawayo press club on Friday that he was not gay and was not a personal admirer of gays but insisted the latter were entitled to their freedoms under the countryâ€™s constitution.

â€œI will not stand to persecute gays,â€ Tsvangirai said.

â€œI know in our society gays are shunned upon and as far as I am concerned, I am not gay; I donâ€™t support gays. I only want to say that I will not prosecute or persecute gays because in the constitution, they are given that right.

â€œThere is freedom of sexual orientation in the current constitution of Zimbabwe. Why should that clause be violated?â€

Zimbabwe is one of many African countries that frown upon the practice of homosexuality but there is no law which specifically outlaws the practice.

President Mugabe has often used public platforms to blast gays, with his most scathing comment so far being his description of them as â€œworse than pigs and dogsâ€.

The Zimbabweans leader has not refrained from his frequent disapproval of homosexuality to international platforms where he has accused the West of trying to impose the practice to conservative Africa.

In his address, Tsvangirai said while he shares the same sentiments with political rival President Mugabe but said he will differ with the veteran leader in that he will not persecute them.

The Constitution in Section 78, states that â€œpersons of the same sex are prohibited from marrying each other.

However, the constitution guarantees the right to privacy and the right to freedom of assembly and association.

Laws such as the Criminal Law Codification and Reform Act, which outlaws sodomy, have been used to target those who practise homosexuality, especially gays.

In November last year, government tried to stop foreign gays and lesbians attending the International Conference on Aids and STIâ€™s in Africa (ICASA) in Harare, from displaying their wares, after suspected state security agents pulled down their displays.

They were however, allowed to proceed with their exhibition after massive lobbying from local and international human rights organisations.

Members of the Gays and Lesbians of Zimbabwe (Galz) have on several occasions been arrested by the police.