THE government is working on modalities for the adoption of paternity leave so that men can take leave from work to look after their children, deputy labour minister, Tapiwa Matangaidze has confirmed. 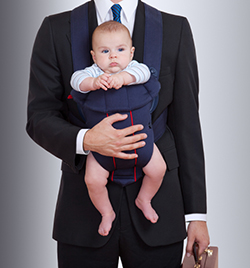 Matangaidze said although the paternity leave bill was yet to be presented in Parliament, it government has since agreed that men can, like women, apply for paternity leave to care for their children.

Paternity leave, which is a period of absence from work granted to a father after or shortly before the birth of their child and is already common in European countries where it is enshrined in labour laws.

In countries such as England and Scotland parents can share 52 weeks of maternity leave between them and paternity leave is paid at the same rate as maternal leave.

“Yes it has been adopted that husbands can also apply for leave in cases of preference where they want paternity leave or the wife is incapacitated in one way or another and that should be promulgated into law,” Matangaidze said on the sidelines of a recent Confederation of Zimbabwe Midlands chapter meeting in Gweru.

“I can’t give time the frame but the bill has to go through principles, cabinet and then come to parliament.”

Last month in South Africa, a Private Memberâ€™s Bill calling for paternity leave for new fathers was presented in Parliament although it raised serious debate.

Some legislators felt that the bill would be open to abuse in cases where men who father children from one night stands then claim benefits of paternity leave.

Meanwhile in a speech read on his behalf by Matangaidze, Labour and Social Welfare minister Prisca Mupfumira said government was committed to creating a labour environment that promotes the ease of doing business and also helps attract investors.

She however, pointed out that the ease of doing business was also affected by the country’s poor infrastructure, utilities availability as well as macro-economic factors.