BINDURA: STUDENTS at a secondary school in Bindura on Tuesday embarrassed a team of officials from the Ministry of Education when they refused to recite the national pledge in front of them. 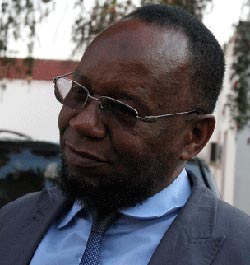 The officials had driven to the school during schools opening to witness how the students had adopted the controversial prayer, introduced by government last month, through the Primary and Secondary education ministry. Rights activists view the pledge as a new â€œpolitical indoctrinationâ€ programme by the Zanu PF led government in all the countryâ€™s schools.

When schools closed in preparation for the second term, pupils were asked to use their holiday to rehearse the prayer.

The pledge places God as the highest authority for mankind while â€œsalutingâ€ the national flag as well as respecting the contributions of the countryâ€™s living and departed liberation war heroes.

Activists say the heroes referred to in the national pledge are in fact Zanu PF loyalists and this has not gone down well with the majority of parents who view the development as an indirect way by the current government to introduce Zanu PF ideology on their children.

A senior teacher at Chipindura government secondary school told NewZimbabwe.com that a group of pupils who belong to the Jehovhaâ€™s Witnesses ministries on Tuesday refused to recite the controversial vow.

â€œWe were embarrassed by the incident as it happened when we were not expecting it,â€ said the male staffer who refused to be named because he is not allowed to talk to the media.

â€œWhat was more embarrassing was that these children refused to recite the pledge in the presence of some senior ministry officials who had come to witness them reciting it.

â€œIn fact, these ministry bosses wanted to write reports to the minister, and we wonder what they are going to report on.â€

The teacher also said that they tried to force the children and their efforts were also resisted.

â€œWe tried to use our authority as teachers but we could not convince the children who vehemently resisted our directive.â€