PRESIDENT Robert Mugabe on Wednesday denounced tribalism, adding that there was no ethnic group in the country that should dominate the other. 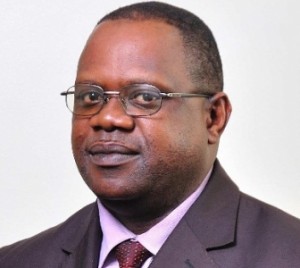 He was addressing thousands of party supportersÂ bussedÂ to Harare for the so-called Million Man march which was organised by the Zanu PF youth wing in support of his leadership.

Mugabe, whose government has been accused of political favouritism, also said land and food hand-outs should not be denied to his opponents.

The veteran leader, who mixed English and Shona, said Zimbabweans must stand united as families and as a nation.

â€œThe family must be united. The families within our villages must work together in harmony, they must work united,â€ Mugabe said.

President Mugabe said the government must work for the people as a whole without any segregation.

â€œWe have the Vendas amongst us, Tongas amongst us, we have Karangas amongst us. So no tribe should boast of superiority over another. Hapana izvozvo, tinoti pasi nazvo (There is nothing like that. We say down with it).

But his comments were dismissed as an act of hypocrisy by Peopleâ€™s Democratic Party secretary general Gorden Moyo.

â€œMugabe is a master of deception. He singsÂ hallelujahÂ to all tribes in public but in public he shouts crucify all of them except for Zezurus,â€ Moyo said.

President Mugabe came under fire last year when he said Kalangas were responsible for violent crimes in South Africa.

PDP leader Tendai Biti has often accused Mugabe, a Zezuru, of â€œZezurunising the stateâ€ after he has been seen favouring members of his tribe.

Equally, the Ndebeles have accused Mugabe of dividing the country along tribal lines and distributing the countryâ€™s resources unequally.

Mugabe has found it difficult to penetrate the predominantly Ndebele Matabeleland region which has stood by the opposition.

The Ndaus from the countryâ€™s north-eastern region have also rejected the cunning leader.

In his address, President Mugabe also said all Zimbabweans, regardless of political affiliations, were entitled to land and food handouts.

â€œNo one should be denied even a plot or a stand to build,â€ he said.

â€œWhen I say there is no one, I mean every one of us. There should be no discrimination whether MDC or what. Everyone has to have a place to live.â€

â€œIt was a coded speech to the chiefs and government departments to ensure that food is reserved for the chosen occultic father of all power in Zimbabwe. He lies with his lips as he sleeps while standing.â€