BOLTON: A jealous ex-lover stabbed his former girlfriend - both originally from Zimbabwe - to death after she found a new man, a court heard. 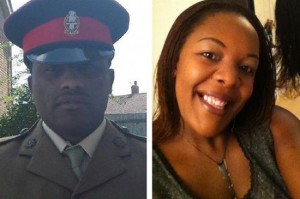 Josphat Mutekedza, 36, struck nurse Miriam Nyazema with a knife repeatedly and threw objects at her as she lay dying in a neighbourâ€™s garden, a jury at Bolton Crown Court was told.

Mutekedza, of no fixed address, has pleaded guilty to manslaughter, but denies murder.

A trial began in January but had to be re-started this week after the judge hearing the case fell ill.

Opening the Crownâ€™s case, Mark Kellet said the defendant had been romantically involved with Nyazema since 2013, while living in Eastbourne with his fiancÃ© and their son.

He said Nyazema ended the relationship days before her death last July, and had started to see a new partner, Jacob Chigombe, who lived in Zimbabwe.

Kellet said Mutekedza, who was a private in the Territorial Army, had called into Carter Barracks after leaving his fianceâ€™s home on the morning of Nyazemaâ€™s death, July 28, 2015, where he picked up an imitation handgun later used to threaten her neighbours.

Prosecutors allege he then travelled to Nyazemaâ€™s workplace, Shawside Nursing Home in Shaw, where she asked a colleague to distract him while she left.

When Nyazema returned to her home on Shawclough Way with her new boyfriend later that night, the prosecution alleges Mutekedza confronted the duo and stabbed her in the face, head, chest and back.

She then ran to a nearby front garden, where neighbours attempted to resuscitate her.

But they fled inside after the defendant threatened them with the gun, and Mutekedza threw a metal bar and wooden stool as the victim lay on the floor, Kellet said.

The jury was played one of two 999 calls made by the defendant from the scene, during which he stated: â€œI stabbed someoneâ€ and â€œshe was cheating on meâ€.

Nyazema was taken to the Royal Oldham Hospital, but was sadly pronounced dead.

A post-mortem found she died as a result of blood loss and both her lungs collapsing.

Mutekedzaâ€™s defence is expected to state that he stabbed Nyazema after suffering a loss of self-control through fear for his own safety.