A ZIMBABWEAN teacher who fled President Mugabeâ€™s regime fearing for his life has begged immigration bosses to let him stay in Newcastle. 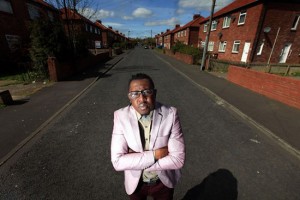 Everson Taelo Moyo, 30, says he was forced to leave his home and family after the ruling Zanu PF party persecuted him for his political beliefs.

While working as a teacher in Masvingo, Everson became involved in political activism and began printing off posters for opposition Movement for Democratic Change party.

Heavies apparently from Mugabeâ€™s government then arrived at Eversonâ€™s school and demanded the 30-year-old hand over his political material.

But he managed to escape and had to leave his beloved homeland in fear of his life.

Forced to cross the border into South Africa, he could not say his final goodbyes to family for fear they would be targeted.

He said: â€œI do not know how I got caught, I tried to keep everything secret. But they turned up at the school one day and ordered me to go and get some of the stuff I had been printing off. It was then that I ran away.â€

After fleeing his own country in 2008 Everson made the journey to Belfast before coming to Newcastle in January 2013 and sleeping rough.

Since then, Everson has seen asylum denied and three appeals rejected.

He has not been back to his homeland since.

He said: â€œIf I was sent back to Zimbabwe, I would be killed. I miss my family so much and try and speak to them as often as I can.

â€œBut I have fallen in love with the city of Newcastle and its people. It has become a place of sanctuary for me.â€

As a result of his current asylum status, Everson is unable to get a job and has been sleeping rough or â€˜couch surfingâ€™ with friends.

And he says that upon returning to Zimbabwe, he will be handed over the authorities where he will likely face persecution, torture and even death.