THE Harare embassies of the United Kingdom and the United States Embassy have advised their nationals to avoid Zanu PFâ€™s â€˜million-men marchâ€™ scheduled for Wednesday Africa Day in in the capital. 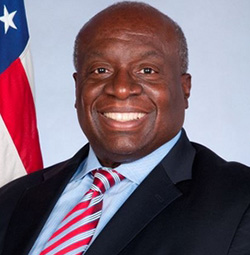 The march has been organised by the ruling partyâ€™s youth league purportedly to show support for the 92-year-old President Robert Mugabe.

In statements issued Tuesday, the two embassies warned their nationals to give the march a wide berth and to avoid involvement since the event could become â€œconfrontational and escalate into violenceâ€.

The US embassy said it would be closed on the day of the march in observance of the Africa Day holiday but citizen in danger could get in touch via itsÂ emergency phone numbers.

â€œU.S. citizens should avoid these areas (intended for the march) during this time,â€ reads part of the statement.

â€œThe actual number of participants is unknown, as is the potential for violence. Review your personal security plans, remain aware of your surroundings, and monitor local news stations for updates.

The UK embassy urged British nationals to â€œavoid political activity, including demonstrations and ralliesâ€ on the day of the march.