AN unnamed Zimbabwean is among the fifteen inmates who will soon face the firing squad in Indonesiaâ€™s next round of executions for various crimes, reports said this week. 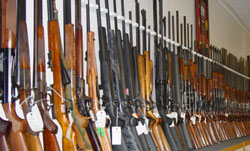 According to the Time Magazine, the composition of execution line-up suggests an attempt to avoid the intense international attention and outcry that happened when Jakarta executed a total of 14 drug convicts last year â€”all but two of them foreign citizens.

This time around there are five Indonesians while the rest, according to local media, are foreign â€” four Chinese, one Pakistani, two Nigerians, two Senegalese and one Zimbabwean.

â€œThere is unlikely to be the same kind of uproar when the prison authorities in the penal island of Nusakambangan conduct the next round of executions, however,â€ said the report.

Seven of the 10 foreigners set to be executed came from countries that implement the death penalty (China, Pakistan and Nigeria). The remaining three foreign citizens came from poor African countries: Zimbabwe, which is moving toward eliminating capital punishment, and Senegal, which abolished death penalty more than a decade ago.

According to the report, the five Indonesian inmates have been transferred to the Nusakambangan in the past month â€”three of themÂ of them last Sunday â€” raising speculation that executions are imminent. The government hasnâ€™t announced the execution date and convictsâ€™ identities, however.

â€œThe executions can take place any time, but there will not be a â€˜soap operaâ€™ about it this time,â€ Chief Security Minister Luhut PandjaitanÂ told journalists recently.

In 2001, it was reported that a Zimbabwean by the name Ozias Sibanda was executed in Indonesia for drug trafficking. But officials at the Zimbabwean embassy in Malaysia, at the time, said they thought Sibanda was a national from any other African country who had either stolen or cloned a Zimbabwean passport.