The controversy in the awarding of the Dema Diesel Power Station multi-million dollar tender by the Zimbabwe Power Company (ZPC) to Robert Mugabeâ€™s son-in-law is disturbing news of how senior Zanu PF and government officialsâ€™ cronies continue looting billions of dollars from the countryâ€™s coffers at the expense of the people and improved service delivery. 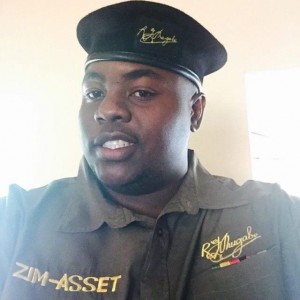 As the Peopleâ€™s Democratic Party (PDP), we strongly condemn how the $200 million tender, which was awarded to Sakunda Holdings and Derrick Chikore, will result in the increase in electricity tariffs while leaving the financially burdened ZPC and the ordinary people in a worse of position.

Derrick Chikore is the brother of Simba Chikore who is married to Bona Mugabe the daughter of Mugabe.

The Dema project, which is under the direct supervision of the Office of the President and Cabinet, has all the hallmarks of a corrupt arrangement as Sakunda Holding and Chikore were awarded the project without going through the tender process thereby disregarding the countryâ€™s statutes.

As PDP, we directly hold Mugabe guilt of nepotism and we denounce such cronyism when the countryâ€™s economy is struggling.Â  It is clear that Mugabe is behind the illegal awarding of the tender to Derrick Chikore in order for his in-laws to join the looting gravy train.

It is also clear that Derrick is being used as a front to protect Simba and Bonaâ€™s financial interest.

However, it is worrying that instead of benefitting the people better access and affordability to power, the Dema power project will instead see the already suffering majority being charged more in electricity charges.

We are further concerned with the links that the First Family has with dubious characters such as Wicknell Chivayo.Â  Recently, Grace Mugabe was pictured having dinner in Dubai with Chivayo, a convicted fraudster and director of Intratek, a company which was awarded $400 million worth of tenders by ZPC.

Chivayo is also embroiled in another ZPC scam in which he is being investigated for unprocedurally receiving a down payment of $5 million for pre-commencement works on the $200 million, 100 megawatt Gwanda solar power project without a performance guarantee.

As PDP, we find it not normal for Mugabe and his wife to be involved in such murky deals and interacting with shady characters such as Chivayo at a time when reports of high level corruption are on the increase.

We also find it strange that with the high level of corruption taking place in government and parastatals, the government through the permanent secretary of information, media and broadcasting is trying to block the Zimbabwe Anti-Corruption Commission (ZACC) from investigating them.

It is therefore clear that despite Zanu PF leaders appearing in public and in the media condemning all forms of corruption, they are instead indicating left but turning right.