HARARE: Resources group RioZim says investors remain keen on its Sengwa thermal power project near Gokwe, even though the company is still yet to secure an offtake agreement, with Nigeriaâ€™s Dangote and an unnamed Chinese firm pushing aggressively for the venture. 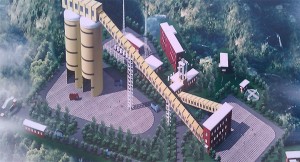 The resources group has an ambitious plan to build a 2,400 megawatts power plant at its coalfields at Sengwa in North West Zimbabwe, at an estimated cost of $2,2 billion.

Chief executive Noah Matimba told journalists after the companyâ€™s annual general meeting on Thursday that investor appetite for the Sengwa project had increased as power supply constraints in the region worsen.

Zimbabwe, which is currently generating 1,300MW against a peak demand of 2,200MW, is among the hardest hit in the region. Â The collapse of the countryâ€™s manufacturing and mining industries have seen demand drop to 1,400MW, according to energy officials.

â€œWe have signed hundreds of nondisclosure agreements with parties interested in the project. In the past six months we have seen a bit of aggression from one Chinese company and the Dangote Group,â€ he said.

Nigerian billionaire Aliko Dangote in August last year announced plans to build a 1,5 million tonne cement plant in Zimbabwe and said he was looking invest in coal mining and power generation in Zimbabwe.

In 2014, the China Power Investment CorporationÂ (CPI), one of Chinaâ€™s five largest state owned electricity producers was mentioned in connection with the project.

The Sengwa power project has been in the pipeline since the 1990s and is an attractive option, with guaranteed supply of coal from the Sengwa coal mine.

Matimba said that the projectâ€™s feasibility study, carried in 1997 had also been updated.

â€œAn offtake agreement remains the main attraction to most investors but we have observed that some of the investors would want to explore the possibility of going ahead with the project even where there is no power purchase agreement,â€ said Matimba.

An offtake arrangement would guarantee a ready market for the power once it is generated.

â€œWe have been talking to Southern Africa Power Pool (SAPP) who have indicated that there is capacity within the SAAP market but the problem is that it is noncommittal.Â  Again we made an attempt to engage with Eskom of South Africa they expressed interest but they have not committed to a power purchase agreement,â€ he said.