WASHINGTON D.C. â€” The Constitutional Court Wednesday made a landmark ruling in favour of inmates serving life sentences when it ruled that they have a right to parole. 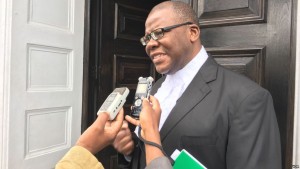 Human rights lawyer Tendai Biti, who took the case to the Constitutional Court, said he was pleased with this ruling although these prisoners already had a right to a presidential pardon in terms of Chapter 5 Section 112 of the Constitution.

â€œThe prisoners already had the right to clemency by the president in terms of Section 112 of the Constitution of Zimbabwe, so we didnâ€™t go to court to fight for something that is already in the constitution,â€ Biti said.

He said instead they argued that life doesnâ€™t mean life because a prisoner sentenced to life has got the rights to seek parole through independent adjudication, rather than waiting for the presidentâ€™s mercy.