Diasporas are expatriate minority communities that have been dispersed from the homeland, have a collective memory, believe in an eventual return, are committed to the maintenance or restoration of their homeland through transnational activities, and have a collective identity, group consciousness, and solidarity. 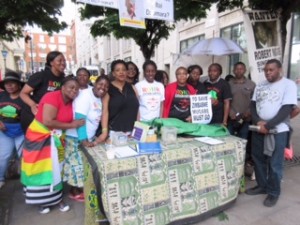 Recent reports show that the government has approved a Diaspora policy that it first unveiled in 2015. It is interesting to observe that there is now a markedly increased interest by the government in â€˜Engaging Diasporasâ€™ but which is not necessarily matched with confidence on how to approach the task because of lack of meaningful engagement with the Diaspora. However, the Diaspora has become an important constituent for Zimbabwe even though it has taken the government decades to acknowledge publicly that as a fact.

With over three million Zimbabweans living outside the country, according to the United Nations Development Report (2010), analysts say this demographic could help drive economic growth if the government comes up with the right strategies to harness what many consider an important resource.

Strategically managed and leveraged, the Diaspora can be a very powerful tool in the countryâ€™s economic advancement. Currently, the Zimbabwe Diaspora contributes about 7% of the Gross Domestic Product (GDP).

â€œWe did not have this notion of Diaspora as a positive thing. We took the position that these asylum seekers are running away and embarrassing their country,â€ Moyo told the Bulawayo Press Club.

â€œBut these guys now constitute a whole critical strategic population called Zimbabweans in the Diaspora with experience, and some with resources. The most important experience they have is the knowledge advantage, and it is rooted in the education they got here.

â€œWe now a challenge to come up with incentives, serious incentives, to attract them to come back home because this is what will determine, define success in this phase of our countryâ€™s development.â€

The Zimbabwean government mulls to send teams to developed nations in an attempt to get the countryâ€™s Diaspora to invest about US$1 billion in its ailing economy this year. Officials will visit the U.S., U.K., Canada, Australia and South Africa seeking funds in addition to the US$500 million Zimbabweans typically send home each year to family and friends, Obert Mpofu, Minister of Macroeconomic Planning, said in an interview on March 23, 2016.

The following information provides some evidence to the claim that Diaspora is significant for Zimbabwe:

My personal experiences with all of this show that Diasporas can respond and meaningfully contribute to policies that affect them in a variety of ways once they are genuinely consulted and engaged. Commonly, the Diaspora has shown their commitment to the maintenance or restoration of their homeland. Contributions are often made by individuals â€“ for example, through the sending of remittances to family members. However, this may also be done collectively when Diaspora organizations implement projects such improving access to water, healthcare or education.

The following analysis offers an assessment of the issues the government needs to address in its approach to engaging the Diaspora either individually or collectively, the drawbacks, challenges, and the way forward.

Issues to be addressed first

The government should retract its unfounded allegation imbued in the political rhetoric that those in the Diaspora ran away and are cowards. This created the fallacy that those who are outside the country are not patriotic enough, were insulated from the difficulties inherent in the economy and therefore do not deserve the same treatment as other nationals who stayed at home, making the latter feel more patriotic than the former. This also underlines the governmentâ€™s attitude with the Diaspora, which is characterised by jealousy, desperation and greedy and shere lack of foresight.

The Diaspora has been denied its right to vote and choose political leaders. This is not a small issue considering that the Diasporas find it difficult to trust leaders they did not elect. For instance, in 2013, the Constitutional Court dismissed a case filed by Tawengwa Bukaibenyu that sought to allow postal ballots for Zimbabweans in the Diaspora, violating his and other exiles their right to choose the countryâ€™s government. The defendants in the case, then Justice Minister Patrick Chinamasa and Registrar General Tobaiwa Mudede opposed the application arguing that the process of allowing Zimbabweans in the Diaspora to vote was prohibitively costly and a burden to the economy.

The Constitutional Court ruling was at odds with a provisional order handed down in February of the same year by the African Commission on Human and Peopleâ€™s Rights, requesting the Zimbabwe government to allow Zimbabweans living abroad to vote in the March 2013 constitutional referendum and the elections that followed, by making postal voting facilities available.

Ironically and unashamedly, the same leaders are the ones pleading with the Diaspora to invest back home.

It is widely known that the government does not respect property rights, and it is folly for anyone in the Diaspora to invest in government initiatives such as Homelink well knowing that the Zanu-PF government will not protect their investments that forced them to leave Zimbabwe due to the countryâ€™s socio-economic and political crisis. The government should address the Diaspora vote issue before they think of tapping into our investment potential.

What has changed now in Zimbabwe that can attract Diaspora investment more than what individuals have been doing? Which opportunities does the government earmark for Diaspora in the secretive and premature Diaspora policy? In any case, the Diaspora has been supporting Zimbabweans in many ways as shown by documented and undocumented evidence. The government has to engage the Diaspora in a meaningful way to entice them to invest back home.

It is widely acknowledged that remittances had been a major source of finances at the household level. My suspicion is that government has attempted to tap into this resource, but have now largely recognized that, since much of this funding stream is private money sent for private purposes, such an approach is problematic. Now it is seeking other options. Can the government convince the Diaspora that this is not the case by becoming clear on the operational and accountability aspects of their policy and the joint projects?

Why is the government reluctant to talk about these issues openly with the Diaspora? Why donâ€™t we have an investment roundtable and not only talk shows about residential stands for which most of us have acquired already? Why donâ€™t we talk about resuscitating industries that have closed thanks to the incompetence of the ZANU-PF administration? We need some serious conversations about meaningful participation in national affairs, political, social and economic reforms, job creation, education and health issues. The bread and butter issues affecting Zimbabweans.

Above all, there is no love lost between the Diaspora and the current government mind you. Confidence is critical in investment conversations, and this is not the case with the current efforts from the government. Instead of engaging the Diaspora first in building confidence and trust, we have a government that thinks everything should be done their way.

There are some critical issues that the government should address which they have deliberately overlooked this far.

Zimbabwe is not the only country with a Diaspora community. Several countries like Ethiopia and Mexico have benefited from their Diasporas for their economic development. Ethiopia established formal mechanisms to encourage and facilitate Diaspora engagement and setting up specific departments which deal with Diasporas. There are valuable lessons for the government to engage the Diaspora fruitfully. Unfortunately, Zimbabwe talks about Diaspora policy without participation from the Diasporas themselves, a recipe for policy ineffectiveness and failure because this amounts to political grandstanding because zvinhu zvavaomera.

I know that many people who are buying residential stands and building homes are the Diasporas. This, in my view, provides security as the money will not go directly to the government, but to private property owners. Outside that, there is no confidence on the part of the Diasporas to invest through government or its agencies such as Homelink. Macro-Economic Planning and Investment Promotion Permanent Secretary Desire Sibanda acknowledged that there is not trust between government and Diaspora. These issues should be addressed first including social inclusion and integration of those who return home permanently.

The government boasts that the policy will put in place mechanisms and an institutional framework to receive diaspora remittances aimed at supporting targeted productive ventures in the country. What are the mechanisms? Which ventures are these? Has the Diaspora shown interest in them?

Some of the objectives of the policy include developing mechanisms for dialogue and partnership with Zimbabweans abroad, establishing the necessary institutional mechanism for coordination and administration of issues affecting Zimbabweans abroad. This is tantamount to put the cart before the horse. These are some of the problems that belong the consultation agenda with the Diaspora as part of the formation of the policy.

I wonder why it has taken the government three and half decades to realise that policy for this critical demography was necessary. One of the reasons is that the governmentâ€™s indolent mind, the Diaspora only have one function; to remit their hard earnings to Zimbabwe and shut up.

Writing from the Diaspora, Moses Chamoko laments some of his kith and kin, when he tried to advise them on different issues including who not to vote for and what not to spend money on, they quickly dismiss him with â€œVanhu vemuDiaspora hamuzivi zvinoitika kuno. He adds that even those who struggled with junior certificate have suddenly become wiser than King Solomon because they are not in the Diaspora! The Diaspora is supposed to shut up if they cannot say thank you!

The government behaving in the same manner: give us your money but you have no say in who runs the country. This is a serious issue that government wants to wish away through ill-conceived political mechanisation such as the Diaspora Policy.

The need and opportunity for Zimbabwe to engage and benefit in a substantial way from its Diaspora communities require the administration to deepen its democracy and tolerance levels. For this to become a reality, the country needs a sweeping political reform whose essential components are the realization of social, economic and political rights, the elimination of social and economic inequalities, and the adoption of institutional and cultural transformations to break the long cycle of political violence and intolerance we have experienced since independence.

These imperatives can only be brought to fruition with the direct, binding, decisive participation of society, including the Diasporas, and the commitment of the countryâ€™s the main actors. With the progressive forces involved in talks to form a grand coalition and put an end to the ZANU-PF era, the success of which depends on a great measure on the fruitful and meaningful participation by everyone, the moment is opportune for the Diasporas to come on board and join hands with everyone to build the Zimbabwe we want.