Africa is the continent of challenges, picturesque nature, rich mineral resources and mystery. 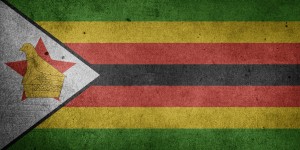 Very few people know about the life of Africans, their culture and history. Many African countries existed as the colonies of the British Empire, France or the Netherlands. Zimbabwe is one of the countries that were under the rule of Britain. For more than 90 years Zimbabwe suffered from the European exploitation and civil war. Fortunately, the country proclaimed its independence in 1980. However, the new authoritarian regime did not improve the financial condition of Zimbabwe. On the contrary, President Robert Mugabe is known for his love for socialistic ideas and government-controlled economy. Under his government, Zimbabwean currency has become the most unstable one. The economy suffers from hyperinflation and reduction of social standards. In fact, independence is more important than financial stability. Therefore, let us pay attention to the efforts that have been taken to make Zimbabwe an independent state.

It is reasonable to analyze the history of Zimbabwe independence starting from the period of the British rule. In the 1880s, the British South Africa Company arrived to the current territory of Zimbabwe. This company was headed by the British businessman Cecil Rhodes who was a keen supporter of imperialism. He came to Africa to research the territories according to their usefulness for mining. Moreover, he wanted to expand the British empire to the enormous extends. According to the idea of Cecil Rhodes, The British Empire controlled the production of the precious metals and other resources as well as the labor in this colony. In 1890s BSAC obtained the new name â€˜Rhodesiaâ€™ in honor of Cecil Rhodes. Very soon the name changed to â€˜South Rhodesiaâ€™ that occupied the territory of modern Zimbabwe.

South Rhodesia was known for its typical colonial lifestyle. The whites seized vast lands of Zimbabwe and developed agriculture there. The local black population was moved to the so-called reservations. They remained without lands and could not support their living. There were laws that prohibited the local Africans to own lands in white areas. This racial division of land was very harmful for the local people. Secondly, Africans were excluded from the political process. They could not vote and occupy any notable public positions. Finally, they could not send their children to good schools and had to live in the special non-white areas. Thus, the colony lived according to the laws of apartheid that existed in South Africa. South Rhodesia had to fight against the Axis forces during World War 2.

The middle of the 20th century is known for the growing influence of African nationalism. The local Africans organized numerous groups struggling for their self-determination. The post-war period is associated with the collapse of the colonial system in Africa. Many colonies received independence and chance for the prosperous future. The first native-born Prime Minister of Rhodesia Ian Smith decided to make his country independent. Doubtless, the British refused to provide South Rhodesia with independence; therefore, Ian Smith made his mind to proclaim independence unilaterally. The Unilateral Declaration of Independence of 1965 stated that South Rhodesia was no longer under the British rule. This document announced the first break of the UK since the US Declaration of Independence. The UK and the entire UNO did not treat South Rhodesia as a legal state. The country occurred in the international isolation for its anti-colonial movement. Very soon, in 1970, the country called itself a republic but still remained unrecognized by anyone. The UK did not reestablish its control over South Rhodesia with the help of brutal force and the country remained in further isolation and suffered from international sanctions.

The weakness of the Rhodesian government was perfect for the African nationalists who wanted to throw away the whites from the continent. The Rhodesian Bush War started. This civil war lasted from 1964 to 1979 and its aim was to create black majority in the government of the state. African nationalists were dissatisfied with the dominance of the whites in political and economic life of Rhodesia. The most fertile lands belonged to the white farmers while the black people had to work on the poor land. Thus, the government of Ian Smith had to struggle against the forces of Zimbabwe African National Union and Zimbabwe African Peopleâ€™s Union. The most influential personality of the radical wing of African nationalists was Robert Mugabe. Nationalists were supported by the free African states, china and the USSR. Ian Smith and his Rhodesian security forces were supported by South African Army. Therefore, it is impossible to say that the Rhodesian Bush War was a local military conflict of civil war. Many countries were interested in the result of this war that was won by the left-wing nationalistic forces.

Robert Mugabe, being the most recognizable representative of African nationalists, became Prime Minister and then President of Zimbabwe. He made his mind to act in the same severe way applied by the British imperialists in the 19th and 20th century. He began to prosecute the white population of Zimbabwe instead of building a prosperous and socially-equal state.