Heal Zimbabwe condemns the disruption of a Zimbabwe National Students Union(ZINASU) General council meeting by police on 24 September 2016 in Mutare. The General council meeting that was taking place at Forestry Industry Training centre failed to take off after police disrupted the meeting and arrested 19 people. Among those arrested are 18 students and former ZINASU President, Pride Mkono. 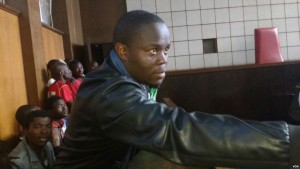 Former Student leader, Promise Mukwananzi, who had been invited by the students to address the meeting, was also briefly detained Â Â and told never to set foot in Mutare again. All the 19 arrested are currently at Penhalonga police station. The ZINASU meeting was part of the unionâ€™s regular meetings to review the state of tertiary education in Zimbabwe.

Section 58 of the constitution provide for freedom of assembly and association, as such the unlawful arrests are a violation of such a provision. Heal Zimbabwe is increasingly worried by the increase in cases of unlawful arrests of citizens by the police. The arrests of the 19 people come hardly a week after police on 24 September 2016, unlawfully assaulted and arrested 3 women for participating in the Â #NERA demonstration.

Heal Zimbabwe implores the government to listen to the concerns of citizens and respect the enjoyment of fundamental human rights and freedoms by citizens. Meanwhile, a Heal Zimbabwe team is currently in Mutare assisting and meeting the immediate needs of the arrested.

To report any human rights violation taking place in your area, feel free to contact Heal Zimbabwe on the following hotline numbers 0779449071/0777462931