Botswanaâ€™s President Ian Khama deserves the Nobel prize for doing the unthinkable: telling an African leader to step down because he has passed his sell-by date 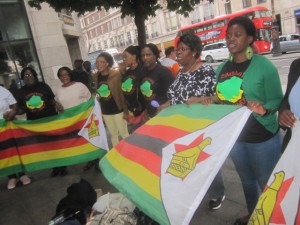 The Heraldâ€™s reaction is that it is un-African for a fellow African president to criticise Mugabe. So it responds by calling President Khama â€˜queerâ€™. That really is â€˜un-Africanâ€™ . . . (see: http://www.herald.co.zw/khama-should-shut-up-on-zimbabwe/).

The Vigil, on behalf of Zimbabweans, apologises to President Khama, who has helped to make his country an island of good governance and prosperity in an ocean of corruption and inefficiency.

President Khama will no doubt already know that Mugabeâ€™s mouthpiece the Herald is like Pinocchio, the puppet in the childrenâ€™s story whose nose grows longer every time he tells a lie. So he will not be surprised if the Heraldâ€™s nose is now so long as to stretch all the way to Botswana.

We believe the Herald would be a worthy winner of the Ig Nobel Prize awarded every year at Harvard university as an alternative to the Nobel Prize. After all,this year an award went to a team for their psychology paper â€˜From Junior to Senior Pinocchio; a Cross-Sectional Life Span Investigation of Deceptionâ€™. They were chosen for â€˜asking a thousand liars how often they lie and for deciding whether to believe those answersâ€™.

In fact, the Herald would qualify for two Ig Nobel awards. A second one went to Japanese researchers â€˜for investigating whether things looked different when you bend over and view them between your legsâ€™.

British Ambassador Catriona Laing might think that the Herald report on her remarks about the policeâ€™s handling of the Harare demonstrations came from between their correspondentâ€™s legs (see: http://www.herald.co.zw/uk-backs-police-stance-on-illegal-demos/). So might the UN view the paperâ€™s report of Mugabeâ€™s â€˜mega successâ€™ at the recent New York meeting.

The Ig awards for the Herald would be suitable (and timely) â€“ they carry a cash prize of a Zimbabwean ten trillion dollar note (see http://zimvigil.co.uk/vigil-news/campaign-news/821-love-rats-in-cheap-trousers-win-prize-for-weird-science).