Police in Bulawayo have barred the Peopleâ€™s Democratic Party (PDP) from holding its first anniversary celebrations at the White City Arena in Bulawayo on Sunday, 11 September. 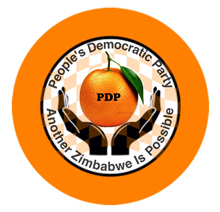 The police were citing the unconstitutional Statutory Instrument 101A, a statute only applicable to Harare central business district.

The police told the PDP Bulawayo provincial leadership that the anniversary celebrations could not take place after having previously accorded clearance for the event.

However, the PDP is working on approaching the courts to challenge the police directive.

The PDP first anniversary is being held under the theme;