Since the emergence of popular social movements in early April 2016, tension is increasing between the law enforcement agencies, particularly the police and citizens. While the Zimbabwean have experienced a growing hostile response from the police by expressing their disappointment and anger on the current socio-political and economic order in the country, law enforcement agencies are increasingly being attacked by civilians in revenge. 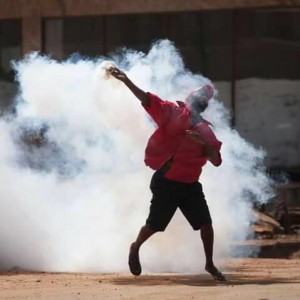 This growing hostile relationship between the police and the citizens creates interminable civil unrest and extremism on both parties. In the interest of maintaining peace and order, upholding human rights and dignity, the police should respond to the publicâ€™s acts of freedom of expression and association in a constructive and peaceful manner. The citizens, on the other hand, are lauded to respect their right to protest in peace without causing violence, disruption of other peopleâ€™s rights and peace. Over 580 people have been injured with 161 being victims of organised violence since January 2016.

A Report on Public Violence-Police vs Protestors