Women for Women welcomes the High Court's reversal of an injustice through it's order of Linda Tsungi Masarira's immediate release from Chikurubi Maximum prison where she has been held as a political prisoner for 2 months. 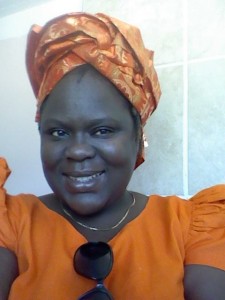 16 more women political prisoners who were unjustly incarcerated for participating in a march were also set free on $30 bail each. Five female student leaders were arrested and illegally detained when police disrupted a Zimbabwe National Students Union meeting in Penhalonga.

In the past two months we have noted with concern an increase in women’s vulnerabilities owing to state sponsored human rights violations such as surveillance, false charges, unfair trials, illegal detention, torture and violence.

We also note and condemn the repeated use of unnecessary force and violence by the Zimbabwe Republic Police on unarmed common people especially women.

WomenforWomen demands that the ZRP aligns it’s mandate with its constitutional obligations as a law enforcement department. The ZRP must cease to serve partisan interests and start to operate within an institutional framework defined by law.

It is clear that the government has abandoned its constitutional obligation to respect basic human rights and freedoms.

W4W believes that a government that does not listen to its people, that does not check its excesses and whose corrupt tendencies contribute to the intractable poverty of its own people must not be allowed to perpetuate.

Women for Women will continue to fight for the economic inclusion, political participation and recognition of young women.