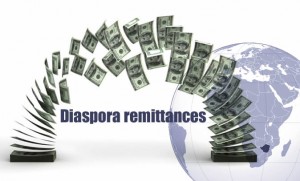 May we emerge from the shackled darkness of yesterday.

May we join together in the Zimbabwe of today.

May we build a tomorrow that glows for generations to come.

I would be remiss if I do not express my solidarity with my fellow Zimbabweans (Black and White) faced with the dire situation in the country as they search for solutions to the current crisis.

The beginning of our rebirth as a country must be our own rediscovering of our soul, captured and made permanently available in the great works of creativity and determination represented by the Great Zimbabwe ruins, rock paintings of the San, the stone sculptures of the Shona people and many others. A people capable of such creativity must be its own liberator from the conditions which seek to describe the country and its people as poverty stricken and desolate, bankrupt and incapacitated in a world riding the crest of a wave of development and human upliftment.

Zimbabwe Diaspora Network (ZDN) is an apolitical network of Zimbabweans in diaspora set to tackle many challenges that face them abroad and at home. The network does have an elected body with representatives from South Africa, USA, Europe and Australia. The organisation seeks to effectively participate in the development of a Zimbabwe that the coming generations would enjoy and love to live in. ZDN is not a new voice in this space, itâ€™s a collaborative voice of the diaspora. This institution, meets bi-annually to discuss issues of importance to its constituencies. It affiliates with the global diaspora and participates in the annual Global Diaspora Week that convenes diaspora community leaders and organizations around the globe annually.

Diaspora is defined by the African Union Commission as â€œpeople of an origin living outside the country, irrespective of their current citizenship, race and nationality and who are willing to contribute to the development of country of originâ€

Back home, the common factor that binds us all is the Zimbabwean dream â€“ described by the President of ZDN as the emergence of a constitutional democracy and a modern Zimbabwe that is underpinned by freedom and liberty that the world would yarn to be part of. That need is shared by every Zimbabwean, whether abroad or back home.

Zimbabwe Diaspora Network (ZDN) is the principal diaspora platform seeking to maximize the developmental potential and enhance the social and economic health of the Diaspora community through diaspora engagement programmes.

Zimbabwe Diaspora community is heterogeneous and fractured along racial, ethnic, class, and political lines. There are asylum seekers, refugees, labour migrants, students, undocumented migrants, and others who have acquired receiving country nationality.

News on pockets of excellence from Zimbabwean Diaspora is sparse. Headlines about Zimbabwe or Zimbabweans are dominated by bad news in the political world. We are obsessed with the fight amongst the rangers to the point that positive developments in the game park are either not news worthy or just ignored.

Zimbabweans in Diaspora have traditionally tended to shy away from the Embassies. This was mainly due to the perceived notion that the Embassies were involved in activities that could be unfavourable to their well-being, and also due to the poor services they sometimes received when they approached them.Â  In this regard, many Zimbabweans only approached the Embassy when in need of help, which was not available from other quarters.

Many Zimbabweans formed or joined formal and informal associations in their cities or countries, however, political and social issues back home, especially the political waves and perceived state partisanship has seen many groupings fragmented as Zimbabweans in Diaspora balkanise along political, racial and ethnic lines. This necessitated the formation of an inclusive and open platform, the Zimbabwe Diaspora Network, structured to serve both as a machinery for unity and encourage them to build a legacy. Above government, is always national pride, Zimbabwe, our beloved country that urgently needs Zimbabweans who want to be a part of the solution.

Our network is rapidly growing. One can underestimate Zimbabwe Diaspora Network at their own peril. Zimbabweâ€™s diaspora can boost the countryâ€™s prosperity, dispel myths about Zimbabwe and help shape foreign policy. As a network we champion placing Zimbabwe as a brand internationally. We are researching programmes that would place â€œbrand Zimbabweâ€ back on international radar as a destination for investment and tourism. Each year, bright, optimistic Zimbabweans leave home to earn an education or seek a better economic life abroad for themselves and their families. These are an influential group and can play an ambassadorial role and an ethnic lobbying investment though they are generally side-lined when it gets to the ballot box. The importance of diaspora now and on will never go unnoticed.

Given that migrant networks are a conduit for international investment flows, how can the government harness the diaspora in the face of the continuing competition for capital? Zimbabwean diaspora and migrants have for years been instrumental in helping family and friends back home get by, as huge annual remittance flows illustrate, but their contributions beyond remittances could have a significant impact on development, if tapped into. Many Zimbabweans living abroad feel a strong sense of connection and want to contribute to development at home. In diaspora, there is a real desire to use their acquired financial muscle, expertise and skills to make a difference back home.

While remittances fill a central role in providing foreign exchange and lowering poverty, it is increasingly acknowledged that migration can lead to other forms of beneficial transfers back to home countries, in the form of technological, managerial, and entrepreneurial know-how. Some migrants who return home may have acquired the financial resources, but also the work experience abroad, to provide an impetus to the local economy and become engines of innovation, employment, and economic growth.

As Diaspora community, we have an inherent passive duty of representing brand Zimbabwe abroad. Successful diaspora brands such as Indian and China diaspora have attracted technology and customer contact investments back into their countries.Â  Diaspora is a signal of the work ethic, labour quality, and business culture that exists in Zimbabwe. These signals enhance the quality of information that investors have about Zimbabwe, allowing them to make forecasts about their ability to invest in potentially profitable assets offered on the Zimbabwean market

Zimbabwean Diaspora is a sensational library that is absolutely at par with best university libraries in the world like Oxford and Cambridge, Harvard and Yale. It obviously does not have the historic stock of literature that these libraries have, but in terms of offering the latest in products and services that modern society wants it has to rival them. Zimbabwe diaspora has thousands and thousands of professionals in different fields located in almost every part of the world. Best utilising the competitive advantage at hand, Zimbabwe, through platforms like ZDN, can access and solve many domestic issues and build on a public and private sector of extreme competence.

The Zimbabwe Diaspora Network proudly follows in the same fine tradition of the great Rozvi Kingdom, who mesmerised the world with their creativity, art, planning, architecture. Our mission is to be the most positively referenced diaspora community in the region and by implication Africa. This can be achieved through building a legacy, one that lasts like the rock paintings of the San, the Great Zimbabwe ruins of the Rozvi kingdom, the strategists Zulu/Ndebele kingdom, whose war successes where echoed by every mountain and every river across the region.

Tapping into the investment potential, experiences and skills of the Diaspora and redirecting all that wisdom towards Zimbabwe will place Zimbabwe as a regional or continental library. By comparison, there isnâ€™t any country in Southern and Central Africa with same population of skilled people in diaspora. Itâ€™s Zimbabweâ€™s secret weapon.

Eric describes himself as a social entrepreneur committed to creating sustainable communities. He is an active community builder. He is the founding chairperson of the Grey Hat Foundation. He is committed to social development in Zimbabwe and Southern Africa as a whole and contributes positively to a better tomorrow.