Two men from the Dorset resettlement of Shurugwi South have been sentenced to two years in prison for threatening the lives of local school pupils. 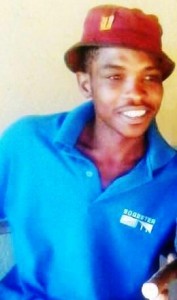 The prosecutor, Mr Nyengeterai Nechirava, told the court that on the 27th July 2016, at around 17:00 the two alleged criminals had threatened eight pupils who were on their way home from school in village IV Dorset. He claimed that the pupils were in fear of their lives as they believed the criminals to have murderous intent.

The court heard that after the perpetrators appeared out of the bush and then proceeded to follow the group of children. This prompted the pupils to run from the two men who then gave chase. Although the men did not manage to catch any of the children, one of the men did threaten them by shouting that the children would be killed if they were caught.

Both men were found guilty and sentenced to two years imprisonment of which three months were suspended for five years on condition that they do not commit a similar offence.

Masukume and Ndlovu will serve 21 months in prison and will be forced to perform 735 hours of community service at Dorset police post and clinic respectively.