In response to the ruling by the High Court in Zimbabwe yesterday upholding a 30-day police ban on protests in the capital Harare, Amnesty Internationalâ€™s Deputy Director for Southern Africa, Muleya Mwananyanda, said: 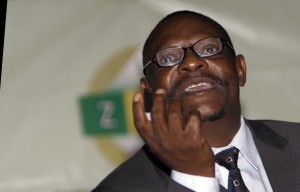 â€œThe ruling must be rescinded and the ban lifted as it infringes the fundamental right to freedom of assembly. Police must not be given carte blanche to impose a blanket ban on protests which are protected by the countryâ€™s constitution, and Zimbabweâ€™s international human rights commitments. Instead of outlawing peaceful assemblies, the government would do well to ensure the safety of people who choose to peacefully exercise their right to protest.â€

Yesterdayâ€™s ruling by Justice George Chiweshe invalidated a previous court order that had found the ban to be unconstitutional.

The police declared that no protests would be allowed in Harare for 30 days from 16 September to 15 October, a decision it said was aimed at preserving peace.

Other previous court rulings have also allowed for peaceful protests.