In a normal environment, promotion of a young, visionary, professional and energetic young person to high office is commendable. We celebrate the prosperity of the young generation, including our own children. During the term of the Government of National Unity (GNU), Robert Mugabe once described Nelson Chamisa as a supersonic minister and Tendai Biti as one of the best Finance Ministers he had worked with. These youthful ministers delivered outstanding performances during the tenure of the GNU. Their professional achievements are a matter of public record. 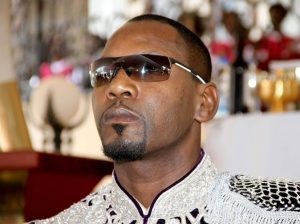 If in the real world, there was someone else other than President Mugabe and his family who would vouch for true and correct academic and professional record of Simba Chikore, the first son-in-law (if I may call him that) then the news of his appointment to the second most senior position at Air Zimbabwe would hardly have been news at all.

There is a huge difference between being married to the presidentâ€™s daughter and being an astute businessman. As some have already said, if Simba Chikore is as talented a business executive as we are being led to believe, he should have first demonstrated that by turning around the fortunes of Gushungo Dairy which is reportedly going downhill fast.

In the real business world, having a pilotâ€™s license, which is usually obtained in 18 months of training, does not automatically turn a person into an outstanding executive leader. The position of Chief Operating Officer in any organisation is a strategic position that needs someone with management and accounting qualifications and experience. We challenge Chikore to publicly demonstrate his qualifications and experience without any further delay given he will be heading a public entity.

Zimbabwe is one country in Africa that is endowed with an abundance of skills across multiple disciplines. We do not have to sink as low as extracting someone from the fringes of State House and thrust them onto a very strategic role at the national airline just because they are related to the â€œright personâ€. Qualified by association is not on! Maybe this is what we get when the nation is left with only three serviceable aircrafts one of which is the presidentâ€™s private taxi.

At a tender age of 39, what experience and skills does Simba have to make him better than more than one hundred other Zimbabweans who applied for the senior role at Air Zimbabwe? If he has successfully taken the president and his family on a few joy rides (assuming that he really flies), that alone does not make him the most suitable candidate for the top job.

Tommy Sithole doubled up as editor of The Herald and a â€œvoluntaryâ€ pilot with the Air Force of Zimbabwe in the late 80s and early 90s and yet he never aspired to be the Air Force Commander. He realised and accepted that his real skills were in journalism. Around the same time, Perrence Shiri made history as the only soldier to command the Air Force of Zimbabwe despite not being able to fly anything, not even a helicopter. Being the presidentâ€™s uncle was enough. Josiah Tungamirai was different; at least he could fly solo on a helicopter. Unlike others, he was willing to learn and was teachable.

A few writers have argued that Simba Chikore, like any other Zimbabwean, has the right to apply for and be considered for any job advertised in Zimbabwe for which he is qualified. Indeed, that would be true if young Simba had not been given the position through the State House back door. Personally, I know of several candidates both within and outside Zimbabwe with relevant qualifications and experience who would perform better than Simba even if they were interviewed at 3.00 AM.

Isnâ€™t it ironic that, suddenly, succession at Air Zimbabwe has the blessings of the president, his family as well as some sycophantic commentators, whereas anybody who aspires to be the next president of Zimbabwe is regarded as a traitor? Is it not a paradox that Simba Chikore who was literally in nappies in 1980 when Mugabe became prime minister is now a senior executive at Air Zimbabwe and yet his father-in-law, who is 92 years and struggles to walk and talk, still regards himself as the indispensable president of Zimbabwe who should stand again in 2018?

What this tells us is that either Simba Chikore was fast-tracked to a senior position that he is not qualified for or his father-in-law has overstayed his welcome and usefulness as President of Zimbabwe. Chances are that it is both.

It all started with allegations against Grace Pfumbidzayi and Peter Chikumba who were imprisoned for corruption at Air Zimbabwe. The end result was surprise elevation of the presidentâ€™s son-in-law at the struggling airline. Now, we hear of one Gersham Pasi who is being fingered for corruption at Zimra and is currently on suspension. It will be interesting to see who will replace him. If I were to put a bet on this, the â€œanointedâ€ replacement will probably be a Mugabe family graduate from some unknown university in Hong Kong. Do we not need a high profile accountant to run Zimra?

In the world of business, there is something called the â€œPeter Principleâ€ where managers are promoted to the level of incompetence. Mugabe has been following the Peter Principle for years. Those he promoted to the level of incompetence include Inos Chikowore, Daniel Madzimbamuto, Shuvai Mahofa, Sabina Mugabe, Border Gezi, Josiah Hungwe, Pelekezela Mphoko, Patrick Zhuwao and many others. He is now doing the same with his daughterâ€™s husband!

Jacob Zuma tried it in South Africa when he promoted his 25-year-old daughter to lead a government agency which she was least qualified for. After some public pressure, the appointment was eventually rescinded. Given his long history of intransigency, I do not expect President Mugabe to reverse Simbaâ€™s appointment but those who are busy recording the gross injustices of Mugabeâ€™s rule must add this event to the long list. Â The time will come when Zimbabweans will correct these wrongs.

If the national airline was Zimbabwe, we would have lost count of our presidents by now. Is this a matter of selective succession?