In my view such individuals who are making noise about a National Transitional Authority are misleading the nation and some of them have questionable backgrounds and all what they say should be followed with caution. Everybody talking about a transitional authority is a either a coward or a criminal that must not be taken seriously. 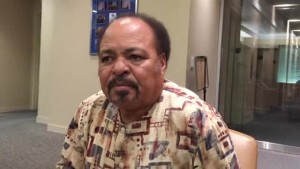 In my view such individuals who are making noise about a National Transitional Authority are misleading the nation and some of them have questionable backgrounds and all what they say should be followed with caution.

Everybody talking about a transitional authority is a either a coward or a criminal that must not be taken seriously.
It should be understood that the organisation calling itself a Platform for Concerned citizens does not exist. It is Ibbo Rusike Wadyegora Mandaza’s brain child.Its a bogus group formed to raid donor institutions for his personal enrichment.
I agree with Morgan Tsvangirai on processes driven by academics like Ibbo Mandaza who are doing everything to push for an NTA in Zimbabwe for purposes of lining up their pockets.We cannotÂ  be used by people who have their personal agendas,we are not too foolish to follow.
We are very much aware of the evil intentions behind the call for a National Transitional Authority all pointing to a selfish agenda by so called technocrats and power animals who are thinking about themselves not the crisis at hand.
Ibbo should first explain how the National Convergence conference that was meant to bring all democratic forces together collapsed.He should also explain to us how himself and some retired church bishop used the money raised.
Now they are back with another fundraising project for themselves to feed nobody but themselves.He is charging thirty dollars for entry into his office to finance his travelling and drinking binge.No, give us a rest Ibbotson.
This will never work cdes and we will not accept that idea for Robert Mugabe’s safe exit.Blood shed! blood shed! what and whose blood Tendai? Don’t pretend to be a peace maker when you know very well that you are not.Don’t make us believe what Tsvangirai people have been saying about you.
Remember we know more about that secret deal that you wanted to ink with Zimpf and Zapu that was meant to propel Sipepa Nkomo to Vice Presidency in the event that Joice Mujuru wins elections in no man’s land.All again meant to kill you politically.In ZAPU one will be dealing with mature politicians good at small prints of every deal.This cde from War respects Dumiso Dabengwa DD.
It will crush in the same manner the NTA project will crush.Try all but you will smell the coffee very soon Tendai.You told us at the Old Hararians and at the Makokoba rally that (vana vembwa havasvinuri musi umwe chete)
Already there are some individuals dreaming of positions at the Finance Ministry in the event of Zanu pf accepting another dance with the opposition.How many times do you want Mugabe to tell you that there will be no return to a government of national unity GNU?

Already three power hungry sistersÂ  from three political parties,i mean these women dreaming of a woman President in 2018.As son of a peasant”if i am to borrow titles from a Guruve boy at The Herald” wonder how they hope to do it before answering questions on the whereabouts of current crop of active polical actors.

Its unfortunate that sister Thoko,sister Priscilla and the one from war Joice Mugari went to Dubai, South Africa and other African countries lobbying for power sharing and pretending to be praying for a better Zimbabwe yet they want Zimbabwe to sink,BIG IDIOTS indeed.

We are reliably informed that Thoko is being misled into believing some stupid idea from the female snake “who” once brought her own old pants to parliament for fame.Surprisingly the other dirty panty ended up in Buhera south legislator madzibaba Joseph Chinotimba’s pocket under unclear circumstances.Hey!

Thoko,all eyes are on you my sister and all your bad intentions are all known,one of them being the plot for the resounding fall of Morgan Tsvangirai,taking advantage of his illness forgetting that when you had your own cancer Morgan Tsvangirai did not plot your down fall.You are very crazy.Now two more vice presidents have been appointed to dilute your power and relegate you to nothing.
This sister Priscilla has divided and destroyed the once powerfull People’s Democratic Party andÂ  is now out to destroy zimpf and the big sister.The dot com is now all out and all coming from the cdes you once worked with.
Yes, she was there at the parliament opening by Mugabe in her usual attire,giggling and fidgeting showing her excitement as if she is worth the salt.ko kudzikama kunei nhai amai? mongoita se benzi pesepese(steady Priscilla,why behaving like a fool everywhere) This fool thinks she will come back to parliament again.Chakatanga ndicho chakachenjedza,hazvichaitiki futi.We are fed up with these CIO agents working with Kasukuwere day and night to frustrate the struggle.Word has just reached my ears that sisi Priscilla got a 50 hactare residential stand(pama stands evana aya).The cat is now out of the bag.She belongs to three political parties,she claims to be a champion of women’s rights yet she is a champion for her own stomach,FOOL!
When Robert Mugabe scoffed at some overtures for another GNU he was referring to statements by Biti and Mandaza.Why then guys are you not ashamed of yourself for pushing such a foolish agenda.Mugabe will expose you Tindo and your fools, Mandaza involved.
We want Unity of purpose to remove Robert Mugabe in totality not piecemealÂ  measures like NTA.What is that Tendai? Can you please wake up and attempt to smell the coffee because you seem to be chasing the wind my brother Tindo.
I hear Ibbo,a Bishop Abel Muzorewa carborn copy has already started discussion forums to mislead the donor community into believing his devilish agenda which will not receive any fool’s endorsement.
We are aware of the secret meetings that have been taking place among some criminals claiming to be pioneers of midnight debate clubs in Bulawayo who are now working day and night to disrupt coalition building in Zimbabwe together with Noel Mutasa from Rusape and Sipepa a seasoned fool campaigning publicly for vice Presidency not knowing that he is too barren to be up there.Please people,coalitions are formed here in Zimbabwe not at Chatharm house guys.
Gordie,Sipepa,Ibbo Wagwegora,Joice and Didymus please dzikamai hama dzangu,hazvidi bapu izvi”Be steady cdes” you are all Mafikizolos with fake credentials.
We want a bigger political project bigger than the so called NERA or ZIMPF/PDP pacts.All this is meaningless and driven by greed.There is need for opposition political parties to engage each other and work for the smart sweeping of Zanu pf without any dilution of Zanu pf in whatever form.No blood shed will be shed as prophet Tendai want the nation to believe again.
I hear Joice thinks she is a brand with a large following.Can someone out there remind her that we have seen such crowds before better and bigger than hers but nothing happened,until today we are under the same black oppressor.Good luck fellow cde.
I am reliably informed that you guys wanted to build another coalition in hell to derail all what has been built by other people,all in sellout fashion to give Zanu pf an advantage.The opposition is lagging behind in terms of coalition building,its either now or never.
The only coalitionÂ  that i know in Zimbabwe is the Coalition of Democrats currently led by Professor Welshman Ncube that Morgan Tsvangirai has supported.This is where you find zapu the oldest party on the market.CODE is the best starting point for Zimbabwe opposition.
Tendai ane bvepfe,anongofunga kuti vanhu havaoni.
The Southern African Development Community SADC should ignore anyone from Zimbabwe knocking at its door requesting for mediation that will take Zimbabweans back to a government of national unity.We cannot continue with piecemeal measures that are meant to benefit those in the achelons of power.
Post published in: Featured