Nampula (Mozambique) (AIM) â€“ Gunmen of the Mozambican rebel movement Renamo attacked the locality of Mecua, in Meconta district, in the northern province of Nampula before dawn on Monday morning. 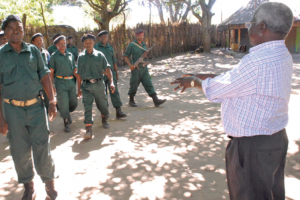 Locality head Olga Ussene, who appeared traumatized by the attack, could not provide many details. â€œThere was an attackâ€, she said, â€œbut we havenâ€™t yet confirmed if anybody was killed. Damage was done to the administration secretariatâ€.

Nampula provincial police spokesperson Zacarias Nacute confirmed the raid, which he said occurred at about 04.45. The raiding party consisted of 13 men.

â€œDuring the attack the Renamo gunmen burnt a motor-cycle, a car and various documentsâ€, said Nacute. â€œThey went into the health post where they stole two sheets and blankets, a mattress and distilled waterâ€.

He claimed that, thanks to police intervention, the attackers fled from Mecua, and the situation returned to normal.

Health units have become a favourite target for Renamo in its raids, which are continuing despite the negotiations between the government and Renamo in Maputo.