Remarks attributed to Zimbabwe's Permanent Secretary in the Ministry of Information George Charamba on the Access to Information and Protection of Privacy Act (AIPPA) are very misleading and cannot go unchallenged. 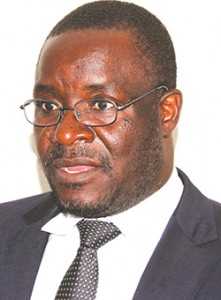 Charamba is quoted in the state-run daily, The Herald of 26 June 2017, reportedly dismissing the basis of civil society’s calls for the long overdue repeal of the restrictive law.He is quoted saying a lot of time was wasted as organisations such as MISA Zimbabwe fought government on the registration of the media at the expense of testing the law in accessing information held by public bodies.

“That part of the body has not been developed because it has not been tested and I am still wondering why no one has come to Charamba’s office to say, hey in terms of AIPPA you are required to provide this information in the public interest and compel me to provide information,” said Charamba.

His misleading remarks were made at a meeting convened by the Parliamentary Portfolio Committee on Justice, Parliamentary and Legal Affairs in Bulawayo.

While MISA Zimbabwe is not sure as to what prompted his statements, it is nonetheless very certain that Charamba was being economic with the truth.

MISA Zimbabwe publicly launches and publishes the findings of the surveys in question. In March 2016 for instance, the Ministry of Information was represented by its Principal Director, Reginald Chikowore, during the launch of MISA Zimbabwe’s 2015 report at Pandhari Lodge in Harare.

The most recent assessment and findings are contained in the 2016 report.

One of the key findings in all the reports is the failure by most public institutions to provide requested information within the first 30 days or the extended time period as provided for under Section 8 of AIPPA. To date, some of the institutions are still to respond to requests sent more than two years ago.

It is surprising that while there is general consensus – locally and regionally – that AIPPA falls far short of best practice in enhancing access to information, Charamba now seeks to take the country many steps backwards to re-open the finished debate on the defects of the law.

He is actually on record acknowledging the shortcomings of the Act and publicly pledging government action in reforming the legislation.

Appearing before the Parliamentary Portfolio Committee on Media, Information and Broadcasting Services in Harare on 18 February 2016, Charamba said AIPPA and the Broadcasting Services Act (BSA), were two pieces of legislation administered by his ministry that needed review under the new constitutional dispensation.

Earlier, he made similar remarks when he met the MISA delegation in September 2015 in his office.

And as a follow up to his observation, Charamba’s ministry has since identified BSA and AIPPA for review by the inter-ministerial committee on laws realignment led by the Ministry of Justice, though it is still to submit texts for the proposed reforms.

All this dovetails with earlier findings and recommendations of the government-sanctioned Information and Media Panel of Inquiry (IMPI), which was led by Charamba’s ministry.

Among other key findings, IMPI states:  “AIPPA should be repealed and replaced with a law that specifically provides for access to information with ample provision for protecting this right, including its expansion to information held by non-public bodies as envisaged in Section 61 of the Constitution, while media regulation issues are provided for under a separate law.”

That Charamba now turns around and appears to underplay the effects of the law that he acknowledged needs reform betrays his insincerity and that of government in the formulation and implementation of media policies and laws in Zimbabwe.

These attempts at deflecting attention from government’s neglect of its legislative obligations by chastising civil society will not take away legitimate demands for democratic legislation by Zimbabweans. These have been expressed in various position papers that civil society, including MISA Zimbabwe, has submitted to government and its law making arms.

That laws such as AIPPA must be scrapped is no longer in question following the adoption of the 2013 Constitution.

It is time government stops prevaricating and honestly engages citizens, the media and civil society to urgently formulate an inclusive, democratic and representative media legislative framework and an access to information regime.