Paying compensation following land reform is perhaps one of the most pressing and emotive land policy issues in Zimbabwe today. Delays have caused uncertainty and limited agricultural investment, undermined trust and prevented international re-engagement. Valuation and paying of compensation needs to be dealt with urgently. 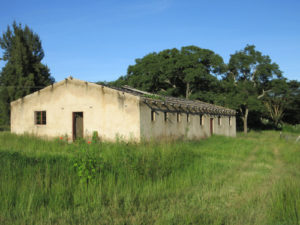 With any compulsory acquisition – whether through land reform, or through expropriation for mining or urban development in communal areas or from freehold land – comes the responsibility to pay compensation, and the associated liability is taken on by the state. This is formally acknowledged in Zimbabwe’s new Constitution, but the practice of compensation in Zimbabwe has been found wanting.

Beyond the importance of political recognition of this as a priority, there needs to be a set of practical responses that help build trust between the different parties. This blog is one of an occasional series (for example, here) on priorities for the new Zimbabwe Land Commission, established by the Constitutional settlement. Here are four important challenges around compensation.

First is the methodology for valuation. The Constitution, agreed across political parties, specifies the obligation of the state to pay for ‘improvements’ (and only for land held under investment treaties). This is reiterated in the Zimbabwe Land Commission Bill. However, given the delays in implementing the approach there are many disputes about how such improvements are valued, and what improvements constitute, and who is responsible for them. This results in wildly variant estimates of the total liability, with the ranges of US$2-10 billion being presented. However there are fairly standard approaches to valuation available, and much international experience for dealing with different types of valuation, and depreciation including in volatile currency environments. Key outstanding issues relate to how responsibilities for compensating given ‘improvements’ are allocated. For example, a dam may be both a public and private asset – with water ‘owned’ by ZINWA, the dam infrastructure by the farmer, and the use of the water spread amongst a variety of users in a catchment.

Second is the state’s capacity for valuation. Here there remains wide dispute about appropriate methods, and the scope and comprehensiveness of the existing valuations as well as capacity to conduct and validate them, while maintaining a reliable assets database. The pace of official valuations is a real problem, and parallel initiatives have emerged. To date the government’s response has been piecemeal and slow, with individual farms being processed in ways that does not result in an overall strategic response. At current rates, it would take over 20 years for all farms in the country to be valued to allow compensation to be paid. Limited staff are available in the Ministry of Lands for valuation purposes, and equipment is limited and outdated. Mechanisms for self-financed surveying were proposed by the Minister of Finance in 2014, but private surveyors must work closely with government for such surveys to be accepted. This is not yet the case with valuations. There are major capacity constraints in implementing the process that need urgent attention. Formally transferring tenure, paying compensation and formalising new uses through leases or permits has to happen in one go, as new investments and funding flows are often conditional on all aspects being addressed.

Third is the process for dispute resolution (see next week’s blog). This requires clarification of the administrative process and the rights to recourse. The proposed Bill helps in this regard. Notice and gazetting is required, followed by a process of valuation and the option for arbitration in an administrative court. However while the procedure is specified the capacity to implement this in a way that all parties trust remains open to question. Given the importance of speeding up the process (and so likely increasing the number of disputes needing speedy resolution), there is a clear need for a time delimited administrative solution to deal with the process. The establishment of a specialist tribunal under the Land Commission, may alleviate capacity limits and improve the process’ transparency and legitimacy. Current provisions for dispute resolution are clearly inadequate.

Fourth is the funding of the process. In the context of the on-going fiscal constraints of the Government of Zimbabwe, there is limited capacity to pay for compensation, even if there is a willingness to do so. There is therefore a need to disaggregate the liability and define a series of mechanisms for paying it off. Improvements may include private goods acquired by individual farmers (such as farm machinery, buildings, irrigation equipment etc.), public productive goods (such as wider infrastructure, including roads, dip tanks, dams and so on), and public social goods (including those buildings now converted to schools, clinics, government offices/accommodation, trading centres). This is particularly the case on A2 land, but may relate to public housing for former farm workers on A2 land, as compounds are converted.

There is a clear assumption that land reform farmers will contribute through land rentals, and the purchase of some of the assets found on their farms with A2 farmers paying substantially more than A1 farmers. However, given the public developmental benefits of land reform, the state and development partners can be expected to pay for public productive and social components, including as part of debt clearance and development funding arrangements. The Bill establishes a Land Fund through which this can operate, and provides a channel for investment by development partners in public good/developmental aspects, so as to ensure a fiscally feasible response, given current constraints. In turn, a key challenge will be to ensure revenue flows from new farms are sufficient to pay rentals and so contribute to the fund to pay compensation. The fiscal sustainability of the process for both farmers and the state is crucial, and argues for a speedy resolution so that compensation is paid, new ownership and finance arrangements are established and farms increase productivity to pay contributions – together with the state and other development partners – in order to pay off the liability within a reasonable timeframe.

In order to speed up the process, there is an important imperative to boost capacity for implementation and financing. This requires a one-off effort, together with the establishment of a longer term system. The enhancing of survey and valuation capacity in the Ministry of Lands and the Surveyor General is a priority, together with the establishment of an independent Land Tribunal (operational for a time-limited period, say two years) under the Zimbabwe Land Commission to hear dispute cases, and deal with these swiftly, without them clogging the court system, and overwhelming administrative capacity.

Novel approaches to financing are required that see addressing the outstanding liability from land reform as part of debt restructuring and refinancing of the productive economy. Disaggregating the costs into private and different types of public cost will clarify who has to pay what, and this can be managed through an integrated system under the proposed Land Fund, involving all parties – private farmers, banks/financiers offering loans/mortgages, the government and development partners and international banks/finance institutions.

Ensuring a swift move from acquisition to valuation (via dispute resolution if required) to compensation and then issuing of leases or permits is crucial. This must be a central part of any land administration system for the future, and the backlog created by lack of action in the past 17 years must be dealt with urgently. Issuing of leases, for example, will allow for security of tenure and so potential for new financing, and then payment of rentals which in turn will replenish the Land Fund. Paying compensation must be seen as part of a wider strategy for refinancing the economy and increasing its productive, developmental potential, as well as addressing outstanding debts – including around land – is part of this. This is an urgent, and long overdue, priority.

This post was prepared by Ian Scoones and appeared on Zimbabweland. It is part of an occasional Zimbabweland blog series on priorities for the new Zimbabwe Land Commission.