Cases of typhoid continue to be reported in Harare with latest statistics from a weekly disease surveillance report (covering week ending June 4) from the Ministry of Health and Child Care indicating that 14 cases were reported in Harare. 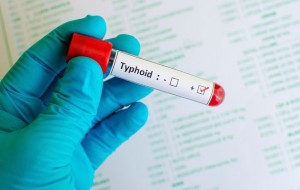 The Combined Harare Residents Association (CHRA) is concerned that since 2008 when about 4 000 people from across the country died due to a cholera outbreak, the situation in Harare continues to pose a health hazard for residents.

CHRA is concerned that the Harare City Council has failed to set its priorities right and deal with the major drivers of  cholera and typhoid and these include lack of clean, safe and portable water, poor sanitation facilities as well as poor waste management.

This comes at a time transparency and accountability is largely lacking at the Harare City Council with bigwigs looting money which under normal circumstances should be going towards service delivery.

It is unacceptable for the Harare City Council to spend over $5 million on sporting activities annually at a time they are failing to collect refuse in residential areas as well as to provide clean water to residents.

Residents of Harare have been exposed to diseases such as typhoid and cholera simply because council has failed to prioritize service delivery while looting of ratepayers’ money has become the norm at the local authority.

CHRA reiterates that corruption is largely responsible for the poor state of affairs in Harare.

The failure by the Harare City Council to prioritize service delivery has resulted in human rights violations in Harare and some of the fundamental rights being violated include the right to health, the right to life, the right to clean, safe and portable water as well as the right to a safe environment.

Early this year, the local authority announced a ban on vending in the Central Business District (CBD) on the justification that this would help curb the typhoid outbreak in Harare.

It is however clear that this was a window dressing measure meant to cover up for the local authority’s failure to address the major drivers of the typhoid outbreak such as non-collection of refuse and erratic water supplies which often compel residents to resort to unsafe water sources.

CHRA implores responsible authorities to put in place measures to guard against corruption and abuse of office at Harare City Council so that service delivery is prioritized and needless loss of lives is avoided.