The Crisis in Zimbabwe Coalition calls on President Robert Mugabe’s government to prioritise Its citizens’ needs and desist from the tendency of blowing the country’s meagre resources through unnecessary trav-el to conferences and summits which do not add val-ue to the country and its citizens. 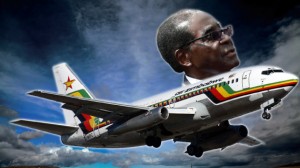 Recent actions by President Mugabe to attend a Unit-ed Nations hosted Oceans Summit when Zimbabwe is nowhere near an ocean is indication that our coun-try’s leadership have misplaced priorities.

Adding salt to injury is the decision by the nonagerian to travel with a large entourage of more than 50 peo-ple to this summit, a development which is costly to the country’s already overstretched resource base.
Our greatest challenge is that our leader is in the habit of taking with him a very large entourage, the majority of whom grab this opportunity to go shopping in Eu-rope.

The CiZC views such actions by the head of state in-cluding the first lady, Grace Mugabe as a gimmick aimed at creating opportunities to blow tax payers money through per diems and a direct insult to suffer-ing Zimbabweans.
What is baffling is that the President, despite the trag-edy that befell the Tokwe Mukosi communities a few years ago failed to even go to Masvingo and witness first hand the developments there, but he is quick to attend a Disaster Risk Reduction Conference in Mexi-co.

Zimbabwe has a lot of urgent challenges some of which include the shortage of foreign currency yet the President is externalising this scarce resource through foreign travel.

The CiZC notes with concern how the President Mu-gabe has blown over $20 million in foreign travel in the first half of 2017 alone and we implore govern-ment to seriously reconsider its priorities and ensure that it prioritises the needs of the electorate ahead of such unnecessary expenditure.

Being a leader entails being accountable to the people that elected you into office and the President should show commitment to the development of the country by ensuring a reduction in such unnecessary foreign trips, which do not add value to the country or its citi-zens.

Zimbabwe is a landlocked country which could have sent a delegation of less than 5 officials to represent it at this summit, saving the country thousands of dol-lars in foreign currency.