Stan Passoh and his wife Hamu left Zimbabwe with a car‚ a few hundred dollars‚ a one-year-old child and his three-year-old sister in 2008 as the country's economy collapsed. 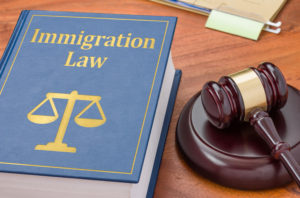 Zimbabweans who came to South Africa after the economic collapse of 2008 are facing the threat of having to uproot themselves once more as their visas expire.

Now living in Cape Town‚ they have jobs‚ a small business and their two children attend middle class Cape Town primary schools. But their seven-year visas are to expire soon so they may be forced to start their lives again.

The Passohs started life in South Africa with four other families in a crowded house in Delft in the Western Cape.

They wanted their children to have a childhood similar to theirs with “good education and three meals a day” something unattainable in Zimbabwe. Passoh worked as a cab driver for four years before starting a junk removal business that employs two South Africans. His wife worked as sales person at a local gym‚ where she is now employed in management.

But now as their special dispensation visas expire in December after seven years of living legally in South Africa and working‚ they have to return home.

The visas allowed Zimbabweans‚ many who were already in South Africa to come forward and legalise their status‚ if they were working or studying here. They were four year-long visas‚ extendable for another three years.

Leon Isaacson‚ Global Migration SA managing director‚ said there are an estimated 200‚000 Zimbabweans on these Special Dispensation visas that expire after seven years in December.

It means these working‚ tax-paying individuals have to uproot their families‚ leave their home and return to a country with few jobs or opportunities. The Zimbabweans cannot apply for permanent residency as a condition of the visa. They have to return to Zimbabwe to apply for a new visa.

There is “nothing” in Zimbabwe‚ said Passoh‚ who sold his printing business before coming to South Africa.

He said returning to Zimbabwe to apply for a new visa to remain in South Africa could take months and will mean they will lose their jobs in South Africa.

About 200 other Zimbabweans and companies they work for are joining Isaacson in a special action to try to get a special exemption from Home Affairs Minister Hlengiwe Mkhize to stay in the country permanently.

Isaacson said: “They are all productive and economically active members of South African society and do not see a future for themselves in Zimbabwe‚ as their families and friends have kept them informed of the situation there.

“This is a private and individual application initiative which will request specific terms including permanent residence‚ as people are tired of living transitory lives. These applicants are all economically active‚ often employing South Africans and law abiding members of South African society. After seven years on short term special permits‚ they have shown that they can contribute to the country.”

He called Zimbabweans to come forward and join the action.

But this special application is proving difficult as their access to the minister has been blocked.

But Isaacson’s company approached the visa service VFS to ask about applying for an exemption to allow them to apply for permanent residency.

They were told it is not possible in a letter seen by The Times.

Isaacson said VFS is a service provider and it does not have authority to speak on behalf of the minister and block special exemption applications.

Home Affairs said VFS was just doing its job. Minister’s spokesperson Mpume Madlala said: “The ZSP‚ special dispensation permit‚ is issued with clear conditions‚ like (1) it doesn’t lead to permanent residence‚ (2) no change of conditions while in RSA. The Zimbabweans are fully aware of these conditions because they are stated on the ZSP permit itself and they cannot blame VFS for implementing the conditions as stipulated on their ZSP conditions.”

The impasse has left has left the 200 Zimbabweans who are part of Isaacson’s action unable to approach the minister for an exemption.

The Zimbabweans’ action is now in limbo‚ but Isaacson intends to find a way to make an application to the minister to ask her to allow Zimbabweans who have been working and living here for seven years to stay.

The application is not yet a court action but Isaacson could turn to the courts if unsuccessful.

VFS referred all queries to the Department of Home Affairs.