Harare – Zimbabwean social movement Tajamuka/Sesijikile has rubbished Zanu-PF's threat to "take up arms" if the movement proceeds with a planned week’s shutdown of the country to protest against President Robert Mugabe’s alleged misrule. 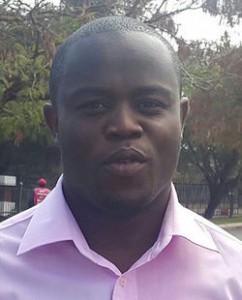 Tajamuka/Sesijikile recently urged Zimbabweans to stay in-doors between the 20th and the 25th of this month to push Mugabe, 93, to institute key economic reforms.

But the ruling Zanu-PF party’s youth wing said it was prepared “to take up arms of war” if Tajamuka proceeded with the mass action.

“We are ready for them (Tajamuka/Sesijikile). If it means taking up arms of war to defend a constitutionally-elected government led by President Robert Mugabe, we are going to crush them,” said Mubuso Chinguno, the Zanu-PF youth chairperson for Manicaland Province.

However, Tajamuka spokesperson Promise Mkwananzi said his organisation was unfazed by the Zanu-PF threats.

“Zanu-PF youths who are threatening to start a war against unarmed peaceful citizens must be prosecuted in accordance with the laws of the country,” said Mkwananzi who further took a swipe at Mugabe’s upcoming youth rally set for Mutare on June 16th.

Watch the video below as Mkwananzi speaks

“They (Zanu-PF youths have no locus standi and they must be prosecuted in terms of the laws of this country…….Mugabe must cancel his senseless rally in Mutare. The abuse of state resources cannot be allowed to continue while our people starve and poverty levels continue to rise.”

Mkwananzi said citizens would not gather to demonstrate but would “take action in their localities and we will stretch the police to limit and they would not be able to pinpoint that so and so is responsible”.

“The country is in a crisis, levels of poverty are rising, people are starving and there is no employment yet the government of the day continues to act as if everything is normal so we are calling upon citizens to take it upon themselves, in peaceful but resolute ways,  to demand that the government addresses those issues,” said Mkwananzi.

Mkwanazi urged Zimbabweans to take the call seriously and called for the country’s borders to be closed.

Tajamuka/Sesijikile was part of the organisers of last year’s two-day national shutdown that brought business to a halt throughout the southern African country.

Mugabe has been in power since Zimbabwe attained its independence from British colonial rule in 1980.

Zimbabwe is currently battling a liquidity crunch that has seen depositors failing to withdraw their hard-earned cash from local banks, among other economic problems. Some economists blame Zimbabwe’s economic downturn on chaotic land reforms embarked on by Mugabe’s administration in 2000.