The Zimbabwean government has approved a $250 million project that will see more than 600 towers and base stations set up in areas with poor mobile connectivity. 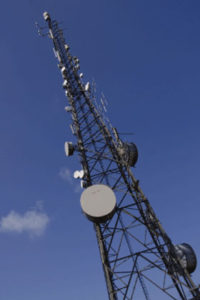 The Postal and Telecommunications Regulatory Authority of Zimbabwe (Potraz) has said the towers will be shared by the nation’s operators and will try to boost signal across the entire country, even in rural areas.

Telecoms minister Supa Mandiwanzira told journalists that Potraz had received a high number of complaints over connectivity from people across the African country.

“We need to move rapidly to deploy base stations and telecoms infrastructure in those areas to allow for mobile communications,” he said. “We are going to insist on NetOne, TelOne and Telecel, which are government controlled, to ensure they are not prioritising investment in urban areas where they believe they can get a return, but in rural areas because that is where the majority of the population is.

The funding will be supplied by Zimbabwe’s Universal Services Fund. The project was first announced in February with build expected to begin by the end of the year.

“This project, when it takes off, should address the challenge in areas where our people are complaining about the challenge of mobile network,” he added.

Last month, Zimbabwean telecom operators agreed to share infrastructure to help cut costs and reduce duplication, according to the government.