Harare - Zimbabwe Defence Minister Sydney Sekeramayi's home in an affluent suburb of Harare is so big that the police officer guarding it "failed to notice" a break-in, state media reported on Sunday. 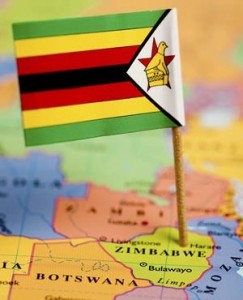 Thieves early on Friday morning jumped a wall, used bolt-cutters to cut an inside fence and then broke a window to gain access to the minister’s house, in the leafy Borrowdale suburb, according to the official Sunday Mail.

Said the paper: “A police officer guarding the house is said to have failed to notice the incident because the property is huge and may require more people to monitor it.”

President Robert Mugabe, 93, also has a palatial home in Borrowdale: a blue-roofed pagoda-style mansion where he hosted his only daughter Bona’s wedding in 2014. Finance Minister Patrick Chinamasa has a home in the suburb too: in fact, Sekeramayi and Chinamasa have houses that are close to each other.

The lavish lifestyles of some ruling party officials – and those connected to them – is regularly a matter of debate in Zimbabwe, which is mired in a worsening cash crisis. It’s not clear exactly how much a cabinet minister earns.

But in February this year it was revealed that Mugabe and his two vice-presidents were likely to earn a combined $672 000 in 2017. Most Zimbabweans earn less than $500 per month.

The burglars only stole a suit and a handbag from Sekeramayi’s house, leading to some speculation that this break-in was not all it seemed (both were dropped outside the house, although the $620 inside them was not).

The minister has recently been named as somebody the G40 faction of Zanu-PF might like to see as a successor to Mugabe.