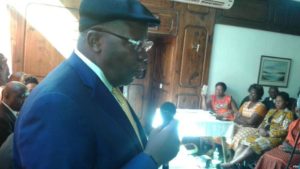 Addressing some of the candidates, Biti said the PDP’s move is designed to ensure that there is full democracy in Zimbabwe.He said there now have at least half the number of people who will contest in the parliamentary elections despite the fact that they are still engaged in talks with some opposition parties with the hope of crafting a grand coalition ahead of the 2018 general polls.

On the other hand, Biti’s party and at least 13 others have formed another alliance meant to contest the same polls.

President Robert Mugabe’s Zanu PF party has been in power since Zimbabwe attained independence from British rule in 1980.