The Combined Harare Residents Association (CHRA) is battling to serve about 100 Glen Norah residents from eviction from council rented flats in Glen Norah. 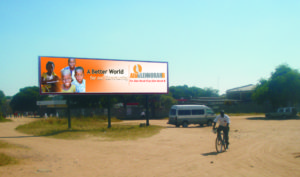 The residents, who are residing as council tenants, were served with letters of eviction and attachment of property on Monday July 3, 2017.

Council alleges that some of the residents have not paid their rentals since 2013.

However, the residents contend that they were paying their rentals to council but the amounts were not being deducted owing to council’s shambolic billing system.

Some of the residents said that council was charging them huge interests hence they remained in debt even after paying money to settle their debts to council.

Information gathered revealed that the planned eviction of the residents was a ploy by top council officials to evict the council tenants following pronouncements by council that tenants living in council rented properties are entitled to buy the properties.

CHRA is currently seeking legal assistance to assist the residents, who have been served with the letters of eviction and attachment of property.