Civil Society Organisations convening at an International Conference hosted by CiZC, SAPES Trust, NED and Chatham House have resolved to intensify outreach initiatives that are earmarked to increase civic education targeting the ordinary citizens across the nation. CSOs identified key areas that include human rights education, social and economic justice issues, the political transition and elections as focus areas ahead of the 2018 general elections. 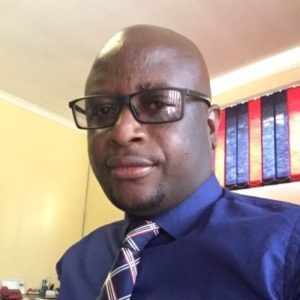 The focus on ordinary citizens is expected to equip citizens with tools to be able to demand accountability from government to uphold the constitution and foster efforts at democratisation.  CSOs and broader non state actors also agreed to increase lobby initiatives that will put pressure from within and outside Zimbabwe on the political transition and the imperative of the constitution as a guiding framework to the political transition in Zimbabwe.  On the same note there was consensus among stakeholders who gathered for the International Conference in Harare last week that the CSOs will cluster themselves under the banner of the Coalition to advocate for a credible free and fair election ahead of the 2018 elections.

Speaker after speaker at the event concurred that CSOs efforts should be channelled at building an active and informed citizenry. The conference identified women and you as key constituencies that require intensive and constant engagement on the political front. Speaking at the event, Elections Resource Centre director, Mr Tawanda Chimhini reiterated that young people seldom participate in electoral processes.  “CSOs should spearhead the re engagement of the masses through grassroots education and mobilisation and the onus is on to find how we are going to ensure that this goal is achieved beyond the political, social and economic divide,” said Sally Dura, the Board Chairperson of the Crisis in Zimbabwe Coalition.

Dura encouraged CSOs to expend their energies on political advocacy initiaives an indicated that the Crisis in Zimbabwe Coalition will be rolling out an inclusive broader Political Reform Agenda Campaign that will ensure collaborations and greater coordination on the Zimbabwe crisis.  “Collaboration and synergies are however critical among civil society. There should be increased collaboration so as to increase our chances at realising change,” she said.

Speaking on the same note, Promise Mkwananzi , the Tajamuka/ Sesijikile social movement leader said social movements, political parties and CSOs should continue working together and find avenues of how best to engage in dialogue towards finding lasting solutions to the country’s social, economic and political impasse.

Useni Sibanda, Director of the Zimbabwe Christian Alliance added that it was time that CSOs and faith based organisations collaborate on political advocacy. “We should begin to reflect and launch a campaign in the similar fashion as we did with Crisis in Zimbabwe Coalition on the Save Zimbabwe Campaign,” he said  “The church should play its role and be the bridge and avenue where society redresses and amends the current crisis,” said Sibanda.  “There is need for increased peace campaigns by CSOs and the church as the country heads towards elections.” Apart from engaging the citizen, Oswell Binha, the President of the Confederation of Zimbabwe Industries called for increased collaboration between the private sector and CSOs as a strategy of promoting democracy and pushing for a pro-poor developmental agenda.