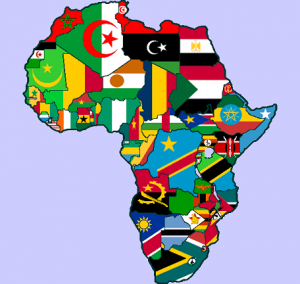 The fact is, had the right things been done from the end of colonialism and since, the great majority of Africans would by now have been enjoying Western-quality lifestyles, or if not that, then rapidly approaching it. There is absolutely no inherent reason why this should not have happened, and it only has not so because all the parties involved with development in Africa have gone about it in entirely the wrong way.

In addition to that, all the different faces of poverty would also have been dealt with by now – or, at least, they would have been rapidly disappearing. I refer here to incomes below the poverty threshold, slums, poor education, malnutrition and famine, unsafe water quality & sanitation and droughts, grossly inadequate disease control and standards of healthcare, child labour, and the use of ‘naked-flame’ fuels for light, heat and cooking.

Frankly, the war against poverty has been a disaster, and there are many reasons for this. One of the main ones has been the academics and intelligentsia. More than anyone else, they are the people who should have isolated the right cause and promoted the right solution. Instead, they have ludicrously confused and complicated the whole problem, coming up with a plethora of pet theories and abstract solutions that will never work in practice even if they might on paper. And as a result, they have thoroughly confused everyone else. James Shikwati, the Kenyan Economist and founder of ‘The African Executive’, put it rather well when he said: ‘The assumption that there is nothing after “stop aid”……is what is holding many Africans……back.’

As a result, many people do nothing, others spend hours in fruitless and pointless discussions and seminars trying to puzzle out what to do about taking Africa forward, and yet others go charging off in all sorts of different directions that achieve nothing in real terms – or actually make the situation worse.

Give or take, colonialism ended half a century ago (in some countries less, in others, more), so that should not be happening now! Every African should have known years ago what needs to be done to get the majority of them out of poverty and into affluence, and so should the Western aid community and all African governments.

The incompetence of all parties involved including academics and the intelligentsia has left Africa in an appalling mess. The result is we now have a situation where:

There are 300% more Africans earning under US$5 a day now than there were in 1981. And the gap in incomes between Africans and Westerners has actually WIDENED by 300% since 1960. In Zimbabwe, the figures are a heck of a site worse than that.

So Africans are getting further and further away from being able to have a Western-quality lifestyle.

So a Westerner earns between 23 and a staggering 59 times more than an African!

Ask any academic why that is, and they will give you load of complex high-fallutin’ reasons. Yet the problem is so simple. To show you how simple it is, I want you to ask yourself a question: ‘Why are the vast majority of Africans still in poverty?’

Do you know the answer?

The vast majority of Africans are in poverty only because they don’t earn enough to get themselves out of poverty.

Simple, isn’t it? So I’ll ask you another question: what do you think should be done to solve that problem? What about if the West and your government concentrated all their efforts on finding ways to create jobs that paid enough for the majority of Africans enough to get themselves out of poverty?

But as what most Africans want is a Western-quality lifestyle, let’s try the same Question-&-Answer system with that:

Answer: ‘Because they don’t have jobs that pay them enough to be able to afford a Western-quality lifestyle.’

So what is the solution to that? We need to create enough jobs to pay the great majority of Africans enough to be able to afford a Western-quality lifestyle. It’s not exactly rocket science, is it?

They should have been focusing all their efforts, their aid & loans and their ingenuity on building up a business-base that would pay all Africans at Western rates as fast as possible.

Had that been done, had that been the focus, not just of the West and African governments but also of all African citizens for the last half century, how well do you think Africans would have been living by now? Yet is any Western aid agency or any African government making a really determined, focused effort to create such a business-base? Not one.

The situation is even worse than that because nowhere in the UN, World Bank or IMF plans, and nowhere in the policies of any African government will you find any reference to building such a business-base, or anything approaching it.

In fact, the only place you will find plans to achieve that is in the AU’s Agenda 2063, with its accompanying First Ten-Year Implementation Plan 2014-2023. That wants all African citizens to have a Western-quality lifestyle as soon as possible. Which makes you wonder why every campaigner and activist in Africa hasn’t latched on to it and made it their priority to promote Agenda 2063 as hard as they can.

Seminars run by and for campaigners, activists and businesspeople can also ridiculously complicate the problem, showing an ego-driven desire to come across as intellectual, but, actually only succeeding in being pseudo-intellectual. For instance, when did you last hear of a seminar that simply posed the question: ‘What is the fastest way to get the majority of Africans into a Western-quality lifestyle?’ I have never come across one, have you? Yet isn’t that what most Africans want, so wasn’t that the obvious question to ask?

Instead, you are far more likely to find an agenda like this one from IREN:

‘The main purpose of this forum is to identify strategies that enable East Africans to organically evolve own political and socio economic systems; identify key approaches to address recurring threats in East Africa and to nurture futuristic thinkers in the region.’

What Scenario Narrative do we take home?

I ask you: what will that achieve apart from its promoters and attendees feeling terribly pleased with themselves at their intellectual competence? Will even one African be taken out of poverty as a result of this seminar? Will even one business be created? Will any existing business be improved?

I don’t want to pick on IREN particularly, because seminar after seminar falls into the same pit of thinking that an academic or pseudo-academic approach will actually solve anything.

Where academics and the intelligentsia have also gone badly wrong is that, almost without exception, their solutions require action from either the official Western aid agencies or African governments, or both. And, despite half a century of evidence showing conclusively that none of them are prepared to do what needs to be done to get Africans out of poverty and into affluence, these so-called experts still doggedly stick to the same approach.

Yet only a cursory look at what were to become the developed nations shows that in hardly any case was it the government that instigated and led the move to take its citizens from poverty to affluence. In other words, what are called Top-down Solutions have hardly ever worked. In almost every case, change only happened when a mass movement of the nation’s own citizens got together to force their government to do what was needed – or a Bottom-up Solution.

There are exceptions of course, but only under circumstances that do not apply to any African nation, and certainly not to Zimbabwe.

What this should tell us is that there is only ONE reason why the great majority of the Africans are still in poverty when they should have achieved affluence years ago. It is because in NOT ONE of the 54 nations have they managed to organise a mass movement of citizens united in purpose and speaking with one voice, so that their government has had no choice but to do whatever is necessary to take them into affluence. As soon as African citizens can do that, their situation will transform with great rapidity.

This means there is also only ONE reason why Mugabe and ZANU-PF are still in power, and it is one too few voices have raised.

Their researches should have told academics and the intelligentsia all this. Therefore, they should have been addressing their recommendations direct to African citizens to carry out, teaching them how to mobilise a citizen movement that will present a solid front to their governments, all speaking with a single, unified voice.

And they should have taught African campaigners and activists that the single most important thing they can do is to motivate citizens to create that one unified force, not wasting their time and effort in telling governments or the Western aid community what they should be doing, especially as they won’t take any notice anyway.

A mass movement of citizens does not just mean the educated and middle classes. Far more important are the working and peasant classes simply because that is where the numbers are. Yet these academics and the intelligentsia, presumably in a desire to show how clever they are, use language and concepts that are sometimes above the heads of all but the most educated citizens. I am reasonably well educated, yet I frequently find it hard, if not impossible, to understand what on earth they are talking about.

That is not clever, that is stupid. If change requires a mass movement of citizens, then try to put your point across in a way that the maximum number possible can understand.

The result of academic theorising is that they frequently get lost in their own intellectualising. For instance, growing numbers point to what they call neocolonialism as the reason why Africans are still in poverty, by which they mean that foreign (primarily Western and Chinese) commercial and financial interests have far too much power over Africa. Yet elsewhere you might find the same academic stating that Africa needs more foreign investment. But hang on, won’t more foreign investment actually strengthen the hold of neocolonialism, not break it?