Heal Zimbabwe condemns in the strongest terms the unlawful arrest and continued detention of Darlington Madzonga, a seasoned human rights defender and civic leader. Madzonga was arrested on 12 July 2017 during a peaceful protest by MDC-T youth against the Zimbabwe Electoral Commission (ZEC)'s failure to implement electoral reforms. 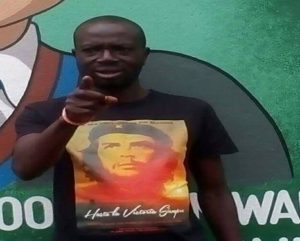 Madzonga was arrested together with Edmund Musvubi and the two are being charged with murdering a police officer and malicious damage to property. They are currently detained at Harare Remand Prison. The continued persecution of human rights defenders is worrying as it curtails citizen’s fundamental human rights and freedoms.