Maputo – At least 295 rhinos have been killed so far this year in the Great Limpopo Transfrontier Park (GLTP), including four in Mozambique. 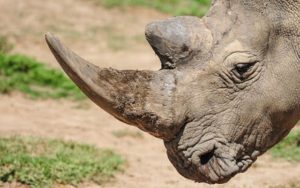 During the same period the authorities arrested 95 poachers, including seven Mozambican nationals.

Park guards also seized 72 firearms, including five while in possession of Mozambican nationals, and there were about 70 armed confrontations between poachers and Mozambican police officers as well as with the South African park rangers.

Last year, a total 667 rhinos were killed in the GLTP, while in the small conservation areas, poachers slaughtered 92 elephants, and the authorities managed to arrest 363 poachers, among them 184 Mozambican nationals.

These are the figures released this Tuesday by the head of the Protection and Supervision Directorate in the National Administration of Conservation Areas (ANAC), Carlos Pereira.

He was speaking at a Maputo seminar where the participants also discussed the establishment of a new special Wildlife Crime Unit (WCU), which brings together partners working for wildlife protection.

According to Pereira, the authorities seized 244 weapons, of which 55 from Mozambique.

He said that while working together in the framework of cooperation both countries have managed to reduce the number of incursions and improve the overall situation, though it still remains a matter of great concern.

In fact, according to Pereira, 28 per cent of the incursions into the GLTP were from the Mozambican side.

“Trend indicators are worrisome because we have been unable to stabilize losses, which means that we are still on the upward curve,” said the director, pointing out that the Mozambique is one of the countries on the top of the list for trafficking of wildlife products from poaching.

Pereira said that while the country has been unable to stabilize, much less reduce the incidence of poaching, there has been tangible progress in recent years from very concrete actions.

Confronted with this sad reality, the Maputo seminar aims to draw an action plan which will boost the fight against organized crime and poaching, as well as establish a framework through a dedicated unit for the fight against poaching.

To this end, the seminar brings together ANAC, Attorney General’s Office (PGR), the National Criminal Investigation Services (SERNIC), Customs and cooperation partners to design and launch a new strategy in the fight against organized crime and poaching.

However, the success of the new strategy will also depend on the creation of adequate conditions, by gradually eliminating the factors that contribute to poaching.

Pereira listed some of these factors as the increased demand for wildlife products in Asian countries, uncontrolled consumption of game meat, poverty and demand for animal products.

He also said that there is a need for law enforcement officers to seek ways to improve their performance in the protection of natural resources.

Since 2010 the park has been under attack from poachers, some of whom have died in clashes with park guards. Others have died during fights between the poachers over their “trophies”.

Mozambican poachers have also ventured into South Africa in search of rhino horn.