Hwange - An elephant poacher has been shot dead in a contact with game scouts in Zimbabwe’s Hwange National Park, a conservation group says. 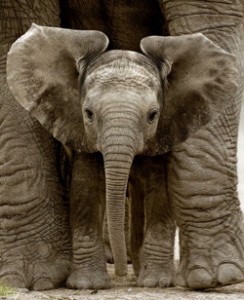 The scouts tracked a group of four poachers after shots were heard early on Thursday near Hwange’s Main Camp and an elephant bull carcass minus its tusks was discovered, said the Bhejane Trust.

Later they discovered “the poachers removing ivory from (a second) elephant carcass, and at a distance of 70 metres, they opened up”, the group said in a statement.

The one poacher was shot dead and another seriously injured. The wounded poacher and his two accomplices escaped.

The patrol managed to retrieve four elephant tusks, a hunting rifle and ammunition.

“The deceased poacher was well known, having been convicted in October 2016 for illegal hunting, but was out on bail,” the statement said. “The wounded poacher will soon be found.”

Earlier this month game rangers discovered at least 10 elephants poisoned in and around Hwange by poachers using cyanide. Three suspects were arrested.