Most Africans dream of having a Western-quality lifestyle, if not for themselves, then at least for their children. 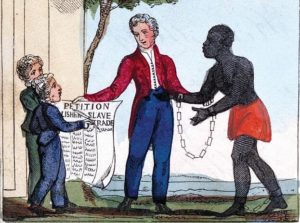 But the dream has proved far more elusive than anyone imagined in the euphoria of the golden dawn as each African nation gained its independence. Unfortunately, in this respect, independence has not worked because it has taken the great majority of Africans further away from a Western-quality lifestyle, not closer to one.

We all know Zimbabwean incomes have collapsed badly since Independence, so that will not surprise anyone. But what few Africans realise – because it’s not something their own governments want them to know – is that the vast majority of them are now far worse off compared to Westerners, than they were. In 1960, for every US$1 you earned, Westerners were earning US$9. Now, that has increased to US$25 – or the gap between your average income and that of Westerners is now a massive 300% bigger than it was in 1960.

If you want to be on a par with UK/USA citizens now, you will need to earn $41,072 a year when currently 91% of you are on under $1,825 a year, and almost half of you are under $694 a year. So the typical Westerner earns between 23 and a staggering 59 times more than the typical African!

Bear in mind that this is the situation under ALL African governments. This means is that if you want a Western-quality lifestyle, Mugabe is not actually your problem despite what people may tell you. Although he is among the worst Presidents in Africa with regard to your lifestyle, every single one of them has done a dreadful job.

African governments blame this on the West and the more honest ones will include China as well. While they are right, what they don’t tell you is that they could all have got rid of Western and Chinese control immediately after Independence, and they could do so now. Because the AU itself has come out with the plan that will achieve exactly that. It is called Agenda 2063 and it is accompanied by its First Ten-Year Implementation Plan 2014-2023. However, riddled with self-interest as all African governments are, it is not in their own interests to do so.

In fairness to China, it has made it absolutely clear it has no interest in helping you to escape extreme poverty because it is not in its interests to do so. However, despite its pretence to want to help you escape poverty, the West is just as bad – only not as honest as the Chinese are.

But why should the West want to keep you in poverty?

The first reason is explained by Lord Digby Jones, ex-Head of the Confederation of British Industries, which is Britain’s top business organisation. He said: “If it was not for immigrant labour……many of our businesses would not have the workers we need”

David Cameron developed on this when he was the British Prime Minister: “I want Britain to continue to attract the best foreign workers [including African ones]……We can select and attract the world’s brightest to our shores”. This is all very well, but these are the people you will need these for your own country’s development.

In other words, Britain needs Africans to go to Britain to work for it. But if you were being paid “Western” wages in your own countries, how many of you would want to leave home for the West? So the West has to keep you in poverty to make you want to leave.

In fact the hospitals and health systems in Britain, the USA and other Western countries would collapse if they could no longer get doctors and nurses from you and the rest of the developing world.

The West even wants to take your best students for its universities and colleges because it gets a huge income from that, thus taking them away from your own colleges and universities.

Another reason why Western businesses and governments want to keep you in poverty is so they can buy the things you produce as cheaply as possible.

But they also have a more sinister reason: by paying you at well below Western rates, they can use the money they have saved to subsidise their Western businesses. This is how their system works:

Most African countries, including Zimbabwe, have huge natural resources and raw materials. If these had been in any Western country, they would have made it very, very wealthy. But in your case, White and Chinese commercial interests take your raw materials with very little benefit to you as African citizens. The profits that should have gone to your countries to help you, go to them.

Be under no illusions, the great lifestyle that Westerners have depends very much upon keeping you in poverty. In fact, you Africans are being remarkably generous to them! You are helping them to live in affluence while 9 in 10 of ALL of you live in conditions Westerners would not accept for themselves, and 5 in 10 of you live very close to slavery.

If you want more proof that the West wants to keep you in poverty, it is this:

Many Western businesses could RIGHT NOW pay you the same wages as they pay to their Western staff and workers. Some could have been paying you Western rates right from the end of colonialism!

Instead, you are a huge labour force paid disgracefully from which the West and China benefit in a big way and you ordinary African citizens not at all. It is because of this that, in sub-Sahara:

♦ It is why you have the shortest life expectancy in the world. Your average age is only 61, compared to 80 in Britain and America

♦ It is why you have to use dangerous naked-flame fuels such as paraffin, candles, charcoal, firewood and dung, but all Westerners have electricity

♦ It is why so few of you have safe drinking water and good sanitation but all Westerners have clean drinking water on tap, flush toilets and showers or baths

♦ It is why many of you need your children to work to support you whereas no Western children ever have to do that, and also why they all have a proper education.

All that is too close for comfort to the days of slavery.

However, you can do something about that: insist that your new government makes the AU’s Agenda 2063 and its accompanying First Ten-Year Implementation Plan 2014-2023 the basis of its manifesto. This is a plan that will take you from poverty to affluence in the shortest possible time, and it is the ONLY plan in the world that will do that.

But this will depend upon you making your new government do that – because it won’t on its own account. Remember this:

“If you don’t stand up for yourself, the West, China and your own government will stand on you” – as has happened to you since Independence.