Harare - Anheuser-Busch (AB) InBev is owed more than $40m in dividend payments from its Zimbabwean associate Delta Corporation, as the foreign currency crisis in that country worsens. 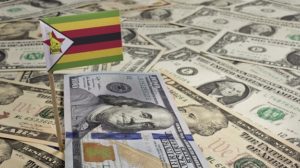 Speaking on the sidelines of the company’s annual general meeting on Friday, CEO Pearson Gowero told Fin24 that the company is sitting on about $40m owed to the major shareholder AB Inbev.

“The amount could be as high as $50m if we include technical fees among others,” said Gowero.

Delta is not the only Zimbabwean company struggling with repatriating dividends to foreign shareholders, with cigarette manufacturer BAT Zimbabwe also reportedly owing its major shareholders millions of US dollars.

MultiChoice caught up in crisis

MultiChoice Zimbabwe has also been caught up in the crisis, threatening service provision to DStv viewers in the country.

The pay per view subscribers have been struggling to pay their subscriptions as forex shortages continue to hit the country.

Most banks in the country have also suspended DStv payments.

Banks that are still accepting such payments have since increased their commission, resulting in an outcry from consumers.

Listed telecoms firm Econet has also reportedly scaled down the issuance of new debit cards for its mobile money service EcoCash, in line with the central bank’s directive to monitor foreign expenditure. EcoCash also suspended payment of MultiChoice’s DStv subscription at the beginning of the year.

Local financial institutions have been battling to meet foreign payment obligations on the back of low nostro balances, as foreign currency shortages in the country persist. As a result businesses, especially manufacturers and mines, have been struggling to make foreign payments.