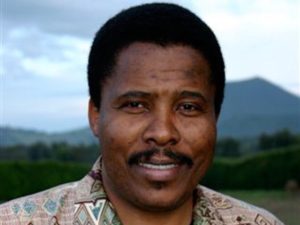 Three shell-shocked generations of the Smart family in Zimbabwe have been violently evicted from the remains of their farm in the Rusape district east of Harare by a top cleric, Bishop Trevor Manhanga, Presiding Bishop of the Pentecostal Assemblies of Zimbabwe (PAOZ) church.

The Smart family bought Lesbury and other farms in the Rusape district and developed them over the last 80 years.  By the year 2000, they had bought approximately 8,000 hectares of land which they were farming very productively.

Soon after the land invasions began in 2000, they came to an agreement with government, offering it 90 percent of their land and retaining 700 hectares – of which only 120 hectares is arable.  No compensation was paid for the land they gave up, but the government agreed that they could continue cropping on the remaining 120 hectares.

The Tandi people who traditionally reside in the district have a good relationship with the Smarts as neighbours and they have coexisted very successfully.

In 2016, about fifteen years after the government agreed that the Smarts could continue farming on their much reduced land area, Bishop Manhanga arrived with an offer letter – but no demarcation map – and said he was taking over 100 hectares of the remaining 700 hectares of Lesbury.
The Bishop returned under cover of darkness and, together with the lands officer, painted trees to demarcate what he wanted – which included the homesteads – but failed to inform the Smarts.

On subsequent visits, Bishop Manhanga threatened the family with “jambanja”, a vicious strategy used throughout the 16 years of the farm invasions to brutally evict of farmers and their workers.

Bishop Manhanga then sent a wooden cabin with his workers to establish a presence on the farm.

The Smarts’ workers were angry that their homes and livelihoods were also being threatened by the Bishop and, of their own volition, immediately took the cabin down and sent it back.

Towards the end of 2016, the Bishop arrived in a new, very expensive black Toyota Land Cruiser with the number plate “PAOZ 1” and erected a new cabin in front of the Smarts’ homestead gate. This led to a running battle with their workers and the arrest of Rob Smart and his son, Darryn, by the Rusape police who are colluding with the Bishop in his efforts to forcibly take over the farm.

In April 2017, when the Smarts were not present on the farm, Bishop Manhanga got into an altercation with the Smarts’ workers and in driving off, smashed into an old lady called Servilia, knocking her over and leaving her injured and bruised on the side of the road.

Since the Tandi people do not want the Bishop on Lesbury farm, one of their community leaders, Peter Tandi, has taken him to court, seeking that the acquisition of the farm be declared unlawful.  The case is still before the court so in theory no eviction can take place.

However, on May 31, 2017 the messenger of the court arrived to hand an eviction notice to Rob Smart.  Shortly afterwards, when Rob was not present, police arrived.  They broke into the office and ransacked it, even breaking into the safe. When the workers tried to resist, teargas was fired.

After the police left, Rob returned to his house but police officers arrived again in force with 16 riot police, all heavily armed, as well as numerous other policemen and thugs.  They ransacked Rob’s and his son Darryn’s houses and took Rob’s mobile phone so he couldn’t make calls to his lawyer, or take photos and video the damage that was being done.  His phone still hasn’t been returned.

Darryn’s small sons became hysterical when the policemen barged in. They didn’t even manage to take any of their prized Lego or their much loved teddy bears before retreating into the hills on the farm for safety.
From there, the Smarts heard numerous shots.  Some of their workers fled into the hills to join them and told them that the police were also evicting them from their houses.  A number of them had been wounded and an old woman had been hit either by police or the thugs.

The police finally left at 8 pm after 10 hours of shocking violence and brutality and the Smarts returned to their homes.
The next day Bishop Manhanga sent a thug called Munjati to the farm, together with other thugs who were all armed with guns.  A tyre was shot out on one of the Smarts’ vehicles while they were trying to retrieve their possessions before getting off the farm. The thugs also dragged large logs across the road to block entry to the property.

The Smarts were unable to even feed their animals and when members of the ZNSPCA came out from Harare to the farm, they were forced to leave without gaining access to the animals. Eventually Veterans for Animal Welfare in Zimbabwe (VAWZ) managed to rescue the two horses, but all of the 100 chickens had died and the families’ pet cats could not be found.

Although it’s now mid winter in Zimbabwe and the Rusape area is very cold at night, the Smarts’ workers have been forced to sleep out in the open in the hills because they are too afraid to return to the farm. Food that was sent to the farm for the workers was taken by Bishop Manhanga’s thugs. The school that the Smarts built, which accommodated 250 children, has been closed down and the farmer workers’ children now have no access to education.

The maize contracted under the Government’s “Command Agriculture” scheme and grown by the Smarts cannot be reaped by them.  Over 50,000 kgs of tobacco also remain on the farm, as well as all the tools of the farming trade. The Smarts are unable to even set foot back on the farm for fear of being shot by the Bishop’s men.

The farm supports a very large number of people as the workers look after not only their own families but also their extended families since more than 95 percent of the population is unemployed. The workers need to be paid – and they know the Bishop will not do so.
The role of the church is to be the moral conscience of the nation, and it needs to act immediately against Bishop Manhanga, who is acting illegally and immorally.  We also call on the international office of The Pentecostal Assemblies church which is based in Canada, to intervene in this crisis.