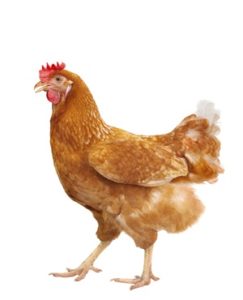 Recent studies have shown the prevalence of bird flu to be very low in the wild, while migratory birds left Zimbabwe months ago said Peter Mundy, a professor at Bulawayo’s National University of Science and Technology (NUST).

“The prevalence of bird flu in wild water birds in Zimbabwe is very low – it has in fact been measured a couple of times over the last few years,” said Mundy, who works in NUST’s department of forest resources and wildlife management.

Early last month an outbreak of the highly pathogenic H5N8 strain of bird flu was reported at a chicken farm near Harare. Seven thousand chickens died and more than 140 000 were slaughtered to contain the disease, official reports said.

Botswana, Mozambique and South Africa slapped bans on poultry products from Zimbabwe, but an outbreak of H5N8 was reported in South Africa less than three weeks later.

An initial report on the Zimbabwe outbreak by the Paris-based World Organisation for Animal Health said the affected site was close to a small dam “where there are a number of different migratory waterfowl, which are tentatively suspected to be (the) source of infection”.

But Mundy rules out the likelihood of migratory birds as a source of infection as these left the region as far back as April.

“I would state categorically that the outbreak was caused by domestic chickens or ducks,” he told News24.

The government is expected to soon mount a “risk-based survey” of wild birds to try to establish the source of the outbreak.

An international team of specialists was last week due in the country to support the survey, the state-owned Herald newspaper said.

Such a survey would probably entail trapping or shooting and then taking samples from “very many water birds,” said Mundy.

“I think the experts will be wasting their time if they chase up on wild birds. They should examine the local and imported chicken industry,” he said.