I read with disgust and disbelief in a book by Judith Todd, Through the Darkness: A Life in Zimbabwe, published in 2005 that she was raped by a highly placed ZANU PF official for her part in exposing Gukurahundi atrocities in 1983. 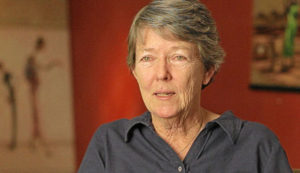 In the book, Judith Todd, daughter of the late and iconic Sir Garfield Todd and a political activist against the Settler regime in her own right, was allegedly raped by the then Brigadier Aggrippa Mutambara as direct victimisation for her role in exposing, or rather at that juncture, merely informing the latter along with the then Zimbabwe Army Commander Lieutenant General, the late Rex Nhongo (Solomon Mujuru) of the ongoing Gukuruhundi atrocities. According to her account in the book, the heinous act has even a nastier twist in that it went beyond the culprit to being apparently a carefully orchestrated crime by the powers that be, and as such, to all intents and purposes, a crime with state approval, or rather orchestrated by the same.

To the extent that the article is derived from a book by the victim that was published way back in 2005 and surely since known to the alleged perpetrator Brigadier Agrippa Mutambara, he would have refuted the allegations were they unfounded, or even sued Judith Todd for defamation of character, but the fact that he hasn’t done either in all that time means the story can be taken as read.

What makes the victimization particularly sad is that at that juncture Judith Todd was simply alerting the relevant people whom she had fortuitously met to what was going on in Matebeleland in the honest belief, some would say naively so, that they weren’t aware of. And what is sadder still and ironic is that the victim, Judith Todd, far from accepting the largesse of the Settler regime which was readily available at her disposal, chose instead to fight against it, consequently suffering greatly as a result: house arrest, imprisonment and exile. On the latter, to many erstwhile supporters of the regime, the story carries a familiar theme to their cost: no matter what you might have done, once you step out of line in their view, your previous record counts for nothing and you are punished accordingly.

Beyond the remit of the book, Judith Todd was subsequently victimized further by the regime when issues were raised about her Zimbabwean citizenship in spite of being born and bred in the country, an issue which to many carried dramatic irony. Thankfully her passport was returned on the adjudication of Justice Benjamin Paradza who was himself subsequently victimized by the regime over it along with other adjudications within the rule of law such that he has spent over ten years in enforced exile in New Zealand.

A particularly sad twist to the story is that the very same Brigadier Agrippa Mutambara who committed the heinous crime of rape over which he has so far not been brought to book, and as far as we know, never expressed remorse, is now leading one of the opposition political parties, People First, and as such, potentially a future leader of the country. And heaven forbid, if that Armageddon came to pass, it leaves little to the imagination as to what else he would do with all the apparatus of state at his disposal.

Worse still and unbelievably so, it is a scandal for the grand opposition to embrace him apparently without question, at best turn a blind eye to his heinous crime, given that People First is a member of both NERA and CODE, the two forums of the grand opposition to fight ZANU PF in the 2018 elections. As such, the message that the grand opposition is sending to the Zimbabwean electorate and beyond is less than edifying to say the least. First and foremost, it is a serious indictment to People First as a party, whose leadership and at least some of its membership must be privy to their leader’s dark past. Opponents of the concept of a grand coalition could point at this as the anomaly that proves their stand, rightly or wrongly, that the grand opposition is about embracing any party that purports to oppose ZANU PF without criteria or protocols, in Shona madirativange (everything and anything goes in the mixture). Not that ZANU PF could capitalize on it to the extent that they were part and parcel to the heinous crime when the culprit was still in their ranks.

Better late than never – not always the best of policies: the grand opposition, singly or severally, should disown Brigadier Agrippa Mutambara as an acceptable party leader in their ranks, or even dismiss People First from their ranks altogether if they insist on holding on to him as leader.