I was reading an interview held with Rhodesia Prime Minister Ian Smith in Holland in 1994 - which a friend of mine sent - and my mind could not help wandering back to those Rhodesia days. 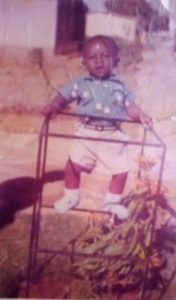 Though I was born in 1973, and was only seven years old at Zimbabwe’s birth in 1980, the faint nostalgic memories of my Rhodesian experience shows that those were better days than what we have today in this so-called ‘Independent’ Zimbabwe.

In fact, I had a better standard of life in my first seven years of life than what son – who was born in 2003 – had.

In our Rhodesian household there were never any shortages of our needs: we had all the food we needed (plus the luxuries), the accommodation was freely provided for by the company my parents worked for, both my parents had cars, and when I started school in 1979 – my fees were taken care of by the company.

We could afford certain luxuries, as holidaying, and eating out.

The company that my parents worked for paid them comfortable wages, on time every time, including guaranteed annual and production target bonuses.

In my one year of schooling in Rhodesia, my school had plenty of books, stationery, and good standard learning and sporting facilities.

The area we resided also had well functioning shops, recreational facilities and other amenities.

One reading this article would think that I am bragging about my highly educated rich family, living in some lavish suburb – but, it is quite the opposite.

We lived in the high density township of Torwood in Redcliff, my mother has a Standard 6 education, and father only got to Form 2.

Nevertheless, with that Standard 6 education, she qualified to be a nurse, and my father was a trained teacher – although, during those years he had been blacklisted by the Rhodesian government for his political activities, and found jobs here and there in various companies.

As such, my parents – by those days’ standards – were struggling, and at the periphery of the economic life of Rhodesian society – which is why my father was a very vibrant anti-Rhodesia activist.

However, by today’s standards – in an ‘Independent’ Zimbabwe – that ‘poverty’ now seems like ‘heaven on earth’, and I can not help but reminiscent about those days.

Even my fiercely pro-Mugabe father was now having very serious doubts about this ‘Independence’ by the time he passed away in the year 2000.

Additionally, all those that I talk to, who lived through those Rhodesian days, have the same testimony – that things were better during those days than what the ZANU PF government has done.

It would be disingenuous of me to whitewash the obvious oppression and atrocities committed by the Rhodesian government against the majority of the population – including, my own father’s blacklisting – but then, what has changed in ‘Independent’ Zimbabwe?

What testimony would today’s seven year old tell his or her children in 37 years time – if they even manage to reach that age, due to a paralyzed medical system and moral decadence?

They will tell of the complete running down of a once vibrant country by an embarrassingly incompetent kleptomaniac and repressive government – which failed just to maintain what was already there.

There will be stories on the inability of their parents to buy the very basic food stuff, buy decent clothes for them, or even pay rent – resulting in a whole family of 5 staying and sleeping in one room.

All this as a result of pathetic salaries, or even their nonpayment, and company closures.

They will tell about schools that did no have any books, whereby, their already overburdened parents were expected to buy every single book and piece of stationery.

Even though Rhodesia had only one university and a few schools for the so-called African Education, those schools were well-equipped and of a far higher standard than today’s 11 or so universities, and numerous schools.

Such is so evident in that I strongly believe that my Standard 6 mother had better nursing training than today’s medical staff.

So what is the point in the government bragging about the number of schools they built, yet producing lower standard material.

Actually, I still have the textbooks that were used in primary schools in Rhodesia’s ‘White schools’.

A few years ago, I lent a Grade 5 textbook to my nephew (who was in the same grade), who then showed it to his teacher, and she told him not to use high school material!

Furthermore, there will be stories about how their parents died due to the unavailability of the most basic of drugs in the country’s health sector.

Our children will give testimony on how they never saw water coming out of a tap, or how they have never seen the shower working, as there was never any tap water.

They will tell how urban families had to divide their daily schedules between going to work, fetching water from the nearest borehole, searching for firewood, and then the typical household chores of cooking, laundry and cleaning the house – something that was only associated with rural areas in Rhodesia.

An ‘Independent’ country, whereby, there are no opportunities for any other career except to go into farming.

I could go on and on, but this is a story that every Zimbabwean clearly knows.

I feel sorry for those born in Zimbabwe, as they are born in a land of suffering and abject poverty – without any opportunity for growth – and, indeed, I was born in Rhodesia, and very proud of it!