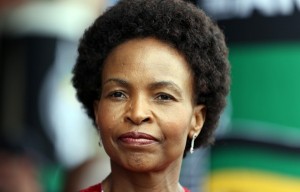 This after the department issued a statement, announcing that Mugabe’s diplomatic immunity was warranted.

“The minister has made the determination that the conferring of diplomatic immunity is warranted in this particular instance. The department wishes to convey the message that the minister has agonised over this matter and the decision was not an easy one to make,” her office said.

It said Nkoana-Mashabane said she considered several factors before landing on her final decision.

These included the imperative to maintain good inter-governmental relations within the SADC region, and in particular, between South Africa and Zimbabwe.

This also has to do with the incident coinciding with South Africa’s hosting of the 37th SADC Summit of Heads of State and Government and legal considerations.

The 52-year-old wife of President Robert Mugabe is accused of beating model Gabriella Engels, 20, on Sunday evening at a Johannesburg hotel where her two sons were staying.

Engels said she suffered deep cuts to her forehead and the back of her head, and on Monday, she registered a case with the police alleging assault with intent to do grievous bodily harm.

The alleged attack threatened to spark a diplomatic tiff between the neighbouring countries, which have strong political and economic ties.

Grace Mugabe allegedly arrived at the Capital 20 West Hotel with bodyguards and accused Engels of partying with her sons Robert and Chatunga, who are both in their 20s and live in Johannesburg.

Pictures on social media appeared to show Engels bleeding from her head after the alleged assault at the hotel in the upmarket business district of Sandton.

Engels said she had been attacked with an electrical extension cord.