Dispossessed Zimbabwean commercial farmers have launched a new international legal initiative to seek justice and compensation for the loss of their farms and livelihoods, and to stop the ongoing farm seizures which are ravaging the economy. 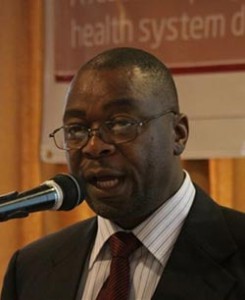 On August 16 and 17, 2017 formal notice to initiate proceedings was served by the farmers’ legal team on President Robert Mugabe, three of his ministers and the Zimbabwean government collectively under the Southern African Community Development Community (SADC) Finance and Investment Protocol.

The Protocol, which came into force in April 2010, allows all SADC investors legal protections which include the right to prompt, adequate and effective compensation in respect of investments that are expropriated, and to fair and equitable treatment, including protection against denial of justice (Article 5 and Article 6 of Annexure 1 to the Finance and Investment Protocol, respectively.)

In the case of investors who have had their investments taken from them in violation of the Protocol, the first step is to settle such investment disputes through dialogue. If that fails after six months, an international arbitration process can be initiated to give an award against the errant government.

At the SADC Summit in 2012, the SADC Heads of State decided to close the doors of the SADC Tribunal to the region’s citizens, preventing SADC citizens from seeking justice when they were denied access to justice in their own countries, and undermining the rule of law.

The SADC Heads of State resolved that a new Protocol on the Tribunal should be negotiated and its mandate confined to interpretation of the SADC Treaty and Protocols relating to disputes between Member States.

“We have a final and binding judgment from the SADC Tribunal in 2008 which held that that fair compensation should be paid by the Zimbabwe government for land it had taken and the government is in contempt of it.  Unless the culture of impunity stops, no investment will take place in our country and the economic crisis will deepen.  Without property rights and the rule of law our negative trajectory as a failed state will accelerate.”

David Conolly, one of the farmers filing the complaint, was forced off his Centenary farm by Dr Ray Ndhlukula, Deputy Secretary in the Office of the President and Cabinet.

Although Dr Ndhlukula was held in contempt of court in 2015 for evicting Conolly and his workers from his farm, he and his workers are still unable to live in their homes or farm the land.

“All I want to do is to be allowed to farm our family farm and live in my home,” said Conolly.  “If the Zimbabwe Government doesn’t want to allow me to do this then it must pay fair compensation for the loss of my farm and my life’s work.”

Will of the people flouted

Conolly says it is important for SADC citizens and the international community to understand that the Zimbabwe government is flouting the will of the people with its ongoing actions.

The February 2000 referendum on a proposed new constitution, which was crafted by Mugabe, would have given power to allow the Zimbabwe government to seize land without compensation.  It was rejected by the majority of Zimbabwean citizens.

However, after Mugabe’s highly controversial victory in the 2005 elections, his ZANU PF party was able to change the constitution at will with its two-thirds parliamentary majority.

This resulted in the notorious Constitutional Amendment 17 which vested ownership of certain categories of land in the Zimbabwe government and eliminated the courts’ jurisdiction to hear any challenge to the land acquisitions. Not only did it mean the complete abolition of property rights, it also criminalised all white farmers and their farm workers if they remained on their land.

The new constitution, adopted in 2013, provided for the selection of all judges through a system of public nomination and interviews, conducted by the Judicial Services Commission, after which shortlisted candidates would be sent to the President for final selection.

Once again the will of the people was overturned this year when a new Bill tabled by the government replaced this process, instead granting the President the sole discretion to appoint the Chief Justice, Deputy Chief Justice and Judge President of the High Court, the most influential positions in the judiciary.

South African civil rights group AfriForum is assisting the Zimbabwean farmers in this legal initiative to invoke the legal protections of the SADC Finance and Investment Protocol.

Although the Protocol came into force seven years ago, up to now it has only been used by a South African company, Swissborourgh Diamond Mines (Pty) Ltd.

Swissborough’s rights to mine for diamonds in the north-eastern highlands of Lesotho, granted in 1988, were subsequently terminated without compensation by the Lesotho government because a portion of the lease-area would be flooded by construction of the Katse Dam, part of the giant Lesotho Highlands Water Project, a joint initiative of the Lesotho and South African governments. This case has been heard by the Singapore High Court and judgment is pending.