JOHANNESBURG - The mother of a woman allegedly assaulted by Zimbabwean first lady Grace Mugabe is pleading with the government not to grant her diplomatic immunity. 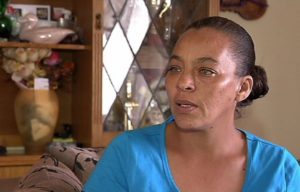 Johannesburg, 17 August 2017 – The mother of a woman allegedly assaulted by Grace Mugabe is pleading with government not to grant her diplomatic immunity. After Mugabe failed to hand herself over to the authorities on Monday,

After Mugabe failed to hand herself over to the authorities on Monday, it emerged she was seeking diplomatic immunity and was still in South Africa.

Gabriella Engels and friends were beaten with an extension cord — allegedly by Zimbabwe’s first lady — on Sunday.

The women were at a hotel in Sandton when Mugabe’s two sons were reportedly in other rooms.

The police are investigating a case of assault with intent to do grievous bodily harm.