A tribute by Justice Benjamin Paradza 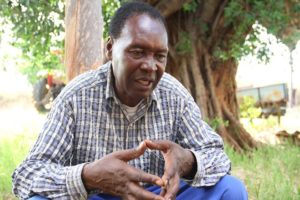 The passing of Cde George Rutanhire prompts us to reflect on where we came from and where we are going to. Somewhere in the Game of Thrones, it is mentioned that it is not the business of the lion to concern itself with opinions of the sheep. Cde George, as we affectionately knew him, was, during my time, the lion and one of the most respected commanders and members of the General Staff. Even the late General Vitalis Zvinavashe (alias Fox Corner / Sheba Gava) who succeeded Solomon Mujuru and preceded Constantino Chiwenga as defence forces commander, saluted Cde George.

What was striking about Cde George was his humility, awareness and acceptance of his personal limitations. Cognisant of his shortcomings, he surrounded himself with Comrades like me who had more formal education than he did to help him effectively execute his tasks as Director. At his command, we wrote and prepared the commissariat lectures used for training of comrades. I was deployed to Manicaland to conduct research into the situation there and report back. Through such research projects, Cde George was able to brief the High Command on how the struggle had progressed.

Cde George and his wife Cde Susan were in the thick of it all and fortunately survived the war. He used to talk about how he and a handful of other combatants outwitted the Rhodesian forces in 1972 when they abducted a group of students from St Alberts Mission in Mount Darwin. He was one of those who ignited the war in the north-eastern Tete Province, together with Comrades Wilfred Mhanda, Webster Gwauya and others, when the likes of Robert Mugabe and all these guys who falsely claim to have fought in the war were either languishing in prison or were too young to prosecute the struggle. Saviour Kasukuwere is one of those who literally must have been in nappies then.

In recent times, apart from his ill-conceived and unnecessary dig at Mai Mujuru, with which I respectfully disagreed, (See http://nehandaradio.com/2016/08/25/george-rutanhires-unnecessary-attack-joice-mujuru/) we had heard nothing about Cde George. It was as if he was attacking Joice Mujuru in an attempt to attract the attention of ZANU PF after they had neglected him for years. When bad guys take over, they sideline the good ones.

Rutanhire was one of the good and genuine war veterans who was overwhelmingly neglected by vultures and opportunists who never fought the battles that he did. To his widow, Cde Susan, I express my sincere condolences. You and Cde George are not at all party to what they have done to our country. May your goodness, Cde George, and your soul rest in eternal peace knowing you played your part without seeking personal gain. I certainly would be there in person to pay you my last respects, if only I was not exiled by the same people that we sacrificed our lives for who have turned out to be nothing but thugs and thieves. When good men die, the evil will rejoice.

You genuinely earned your status as a national hero and you do not need the approbation of charlatans who, by conferring that title on you, seek to bask in your reflected glory.